This project all began with a call from a business colleague who knew of a disassembled Triumph “of some sort” located about 30 miles from where I lived.He passed along a number, and I called to see what it was.The gentleman I spoke to said that it was a TR he purchased from the estate of a childhood friend’s family, and that the car had belonged to his friend’s father since new.He and his son had taken the car apart to restore it, but quickly realized that they were in over their heads.Now it was time to part with it and the many boxes of carefully cataloged parts.A deal was struck and after bringing a trailed, the project was mothballed in storage for four years.

Late in 2010, when moving several project cars, I decided it was time to do something with the TR.I pulled everything out and went through what was useable and what was not.Positives were a solid chassis, and suspension components, however, the negatives were very rusty body, bad steering box, engine with a cracked liner, worn out transmission, and tattered trim and upholstery.I remembered that a firm in the UK was making some alloy panels for vintage TR’s, primarily for race and rally work.I gave them a call to discuss options.At the time I called, they actually were repairing a making panels for one of the original Triumph Works Department Le Mans TR-2’s from 1955.I asked if they were doing all of the exterior skins in alloy and they replied that they were.This could solve some, but not all of the issues with the body that I had with the car.Even though I knew Triumph never made a full alloy TR-2, I proceeded to ask if they could do a body shell in all alloy, including the inner structure.They said sure, and a wire transfer was made to get the process going.

About 120 days later a shiny TR shell showed up so I got to work on getting the chassis together and ready for mating the two together.My chassis development plan went something like this:

-Competition suspension with revised spring and roll rates to accommodate the 56% lighter than steel body.

-Koni Classic shocks on all 4 corners

The rest of the build was much like a normal TR restoration, but I tried to carefully select components to follow the factory works program from the 50’s and also to reflect the colors that were used on the original competition cars of the period.We added the lipstick around the grill opening that the team cars used at Le Mans which allowed the timers and teams to quickly identify them as they flew past the pits.The roundel placements are in line with the team cars as well, and the trunk roundel is illuminated by a period style Lucas lamp mounted just aft on the rear trunk panel.The interior uses original Triumph seat bases and is finished in leather with a full complement of factory gauges.The carpet deviates from tradition and is a loop weave that we felt looked more competition oriented than a Wilton wool as seen in many British cars.All of the interior work was done in house at our shop by Lee Williams.

When we had reached a point of having the car almost fully completed, our resident paint and make-it-look beautiful guy Matt Phillips took over and began polishing the body.This was a last minute change as originally the intention was to do the body in British racing green paint like the original competition cars.The guys in the UK flipped out as they had expected it to be painted, and said they would have further finished it on their end had they known we were going to polish it.I think the result shows the quality of their workmanship andmygood friend Matt Phillips'talent at bringing the luster out of the body which had previously only been rough sanded by the panel guys.

The car is an absolute rocket!Between the power the built engine puts out, the nice ratios in the Ford gearbox, and both rear wheels hooking it up the Quaife, it is easy to drive fast, but still docile enough to use in traffic.Handling is neutral and very forgiving and the Dunlop tires communicate well when things reach the limit.It is astonishing how much lightening the body by 56% transforms the car as well.The alloy TR now tips the scales at a weight closer to a Triumph Spitfire or Healey Sprite than a 2,100 lb production TR.

Car is for sale locally and I reserve the right to end the auction early. 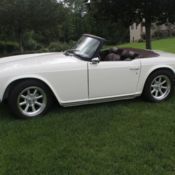 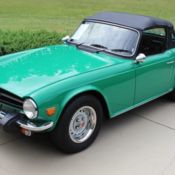 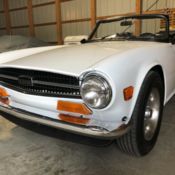 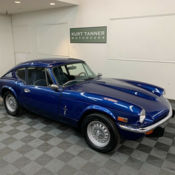 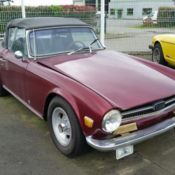 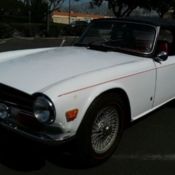 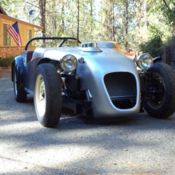 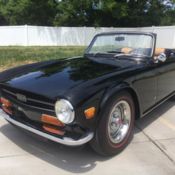 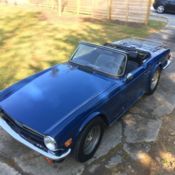 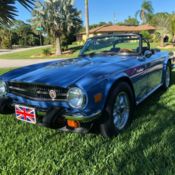