1985 Toyota Land Cruiser BJ 40 Diesel. Off white / Black. A very late European car delivered new in Portugal. Portuguese cars are very very unique. They have some of the improvements of the later cars, nd some of the classic looks, ent windows, f the earlier cars. This particular car was working as a managers car at a quarry outside Lisbon, nd then as a support vehicle for one of the biggest construction companies in Portugal. The paint is original, he interior, hat is left, s original too. It is a four speed with drum brakes, eater, ree wheeling hubs, nd a roll cage.The split rims still have the original paint, nd the 6x16 off road tires are in good shape. The engine starts imediately, nd runs and drives well. The frame is in excellent condition, isbon is the European capital with the mildest weather in the European continent with very little rain and no snow, ut the body has some rust holes, ee photos ON MY WEBSIT, re mainly located at the bottom of the windshield, nd at the bottom of the doors. Reproduction windshields are readily available. This car has had some rust repairs in the front right floor, ee photo of the bottom of the car, nd in the rear cargo area. This repairs seem more to prevent the car from rusting, han rust repairs. Looks worse than actually is, ots of surface rust in the hood. Has lots of patina, omes with an extra hood, nd is a good oportunity to acquire a unique European version. Drive " as is", nd restore later. POWERED BY THE 3 LITRE 4 CYLINDER DIESEL ENGINE .
THIS IS A RARE LEFT HAND DRIVE DIESEL. THE MILEAGE IS 344,000 KM = 213750 MILES. THE VEHICLE IS RUNNING FROM A BOTTLE IN THE ENGINE COMPARTMENT.I OWN THIS CAR.IT IS IN PLANO,TX 75074 .TEXAS TITLE IN MY NAME. NO DUTIES TO PAY, O WAITING. CONTACT - PETER KRELL 469-569-0827 I DO NOT FINANCE, O TRADES. THANKYOU, HOWN BY APPOINTMENT, nbsp; SOLD AS IS VEHICLE AND TITLE RELEASED WHEN FUNDS CLEAR. THE VIN NUMBER IS BJ40057788 .I HAD TO ADD A FEW NUMBERS TO GET IT LISTED AS A 1985 AS IT IS FROM THAT YEAR, UT DID NOT HAVE A 17 DIGIT VIN NUMBER . $6995 . I MAY ENTERTAIN CLOSE OFFERS. 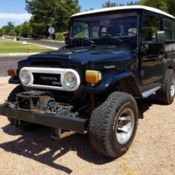 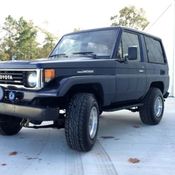