Hello Iâ€™m selling my 1994 Toyota pickup 4x4. This truck runs beautifully with no issues. Some recent work has been done on it making it ready for the road for many years to come the following are:New mass air flow sensorNew coolant temperature sensorBasically new A/C systemA/C hoses (suction and discharge)Freshly recharged compressorNew condenserNew fuel pressure regulatorNew power steering and ac beltsFreshly reupholstered front seatNew valve cover gasketsSo as you have read, A/C will not be giving you any problems this summer or any following summers.Truck has a rebuilt title due to a few years back drive shaft had broke and made a hole in truck bed.Other than that everything has been fixed and will give you no problems.Truck also has a custom back seat with subwoofers and amps.Upgraded speakers and tweeters are installed in the doors.Upgraded Alpine head unit with Bluetooth and XM capability.There is also a radar detector installed.Blue leds on the center console dash area.NO CRACKS ON DASH VERY RARE. I will also include original back seatsTires have about 85% tread left. Tires are bfgoodrich all terrain KO 31x10.5r15 on centerline aluminum rimsComes with skid plateTruck also has a leer camper shell installedHas tow hitch installedThere are a few discrepancies on the paint around the car including but not limited too:Front fenders have small scratches on them, Rear bumper is bent and dinged up, Tail gate had some surface rust that I had gotten scuffed off to show that it had not gone all the way through.NO RUST ON ANY OTHER PART OF TRUCKReason that the surface rust had grown on tailgate is because there was a tailgate metal guard that was on it and moisture mustâ€™ve been held there.comes with one keyif you need more pics please message me i have taken quite a lotTruck is sold as is where is no returns 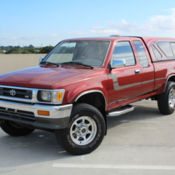 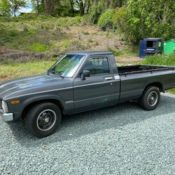 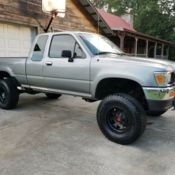 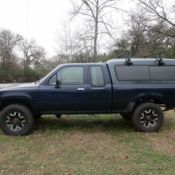 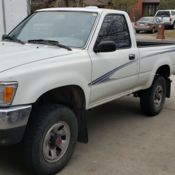 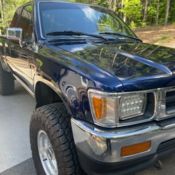 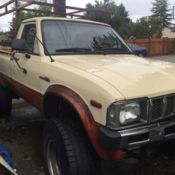 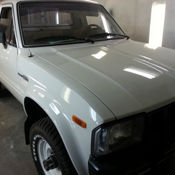 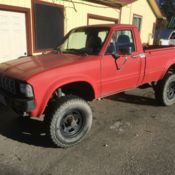 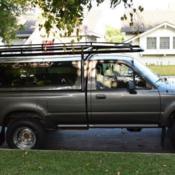