1994 Toyota Land Cruiser.
CHECK OUT THIS CAR'S RATING compared to other similar vehicles! Excellent condition inside and out. Great chrome! Freshly refurbished wheels with new tires on them. Very clean interior. The driver's seat cushion has some wear and there is a slight amount of wear on the passenger front seat as well. The rear two rows of seats look like they have never even been sat in. Pristine. Sunroof works perfectly. All the brakes are new. Calipers, pads, and rotors. Also, the rear brake lines have all been replaced as there was a leak starting so I just replaced them all. New rock guard has been applied to the lower portion of the front and rear doors, as well as the front and rear bumpers. All was professionally done at a local body shop. I have receipts for all work performed. There is a tiny patch of surface rust in the right rear door jamb and the left front door jamb, as seen in the photos. The radio security locked itself when i changed the battery so that will need to be taken care of at your local dealership. Also, there is a slow leak in the AC system. It blows cold for about two months between recharging. Other than that, everything on the vehicle works flawlessly. You won't find a better example of this Land Cruiser unless it's been completely restored.Wanted to clarify something. In the Auto Check vehicle history report, it shows 2 owners...which is technically true. The vehicle was owned by the original buyer from brand new until Sept. 28, 2020, when we got the vehicle and titled it. So while it's classified as 2 owners, the VAST majority of the life of this vehicle was owned by the original purchaser. So I guess it's as close to a one owner vehicle as you can get. We simply got it ready to sell. 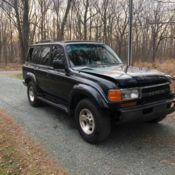 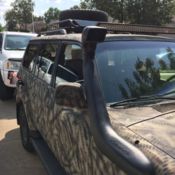 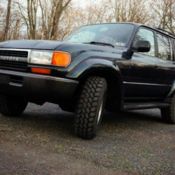 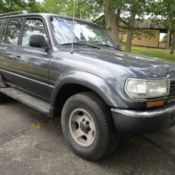 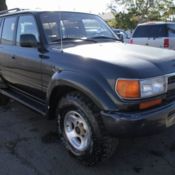 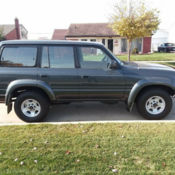 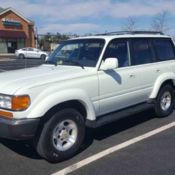 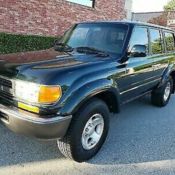 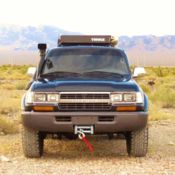 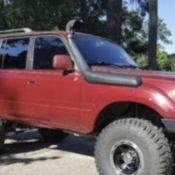