1988 Toyota 4Runner involved in frontal crash. Front clip is damaged, front frame rails are severely bent, vehicle was issued a salvaged title. Originally 22RE, but was converted to 3.4L V6. The engine, transmission, and driveshafts are NOT included. The wiring is a mess, but the rest of the body is pristine and absolutely rust-free. The hardtop is in poor condition. This would be a good candidate for a re-body of a rusted out 4Runner. All of the parts shown in the photos are included except for the door glass, tailgate glass, and sunroof glass. Obviously, this vehicle will have to be removed on a trailer at buyer's expense. Thank you. 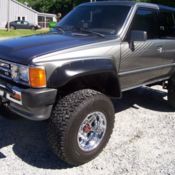 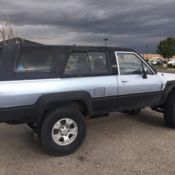 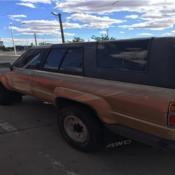 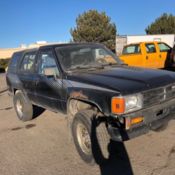 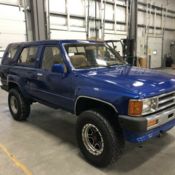 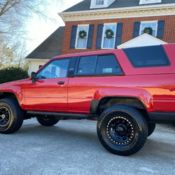 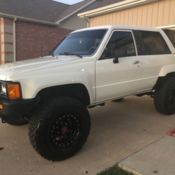 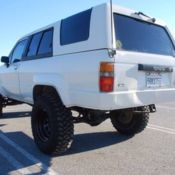 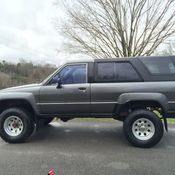 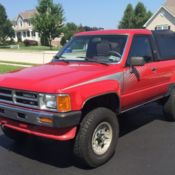