This 1978 Toyota Land Cruiser has a body that is in good condition, with some rust. The seats are in good condition. The engine and parts are all original. The vehicle is not in running condition. Due to family issues, the car has not been restored; but it was a reliable and sturdy vehicle. Included is the HaynesToyota Land Cruiser Automotive Repair Manual 1968 thru 1982. Located in Northern California.
By way of background, the Land Cruiser was designed originally as Japan's answer to the American Jeep and the British Land Rover. The U.S. placed orders for the FJ to assist in the Korean War. A military vehicle at first, it quickly spread worldwide as a method to tackle places that did not have well-maintained roads. 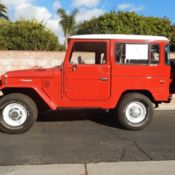 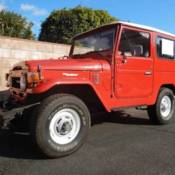 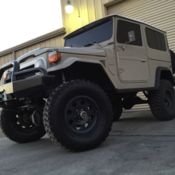 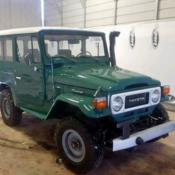 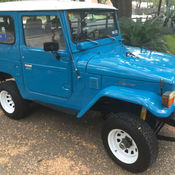 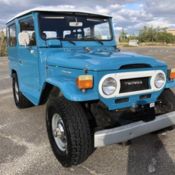 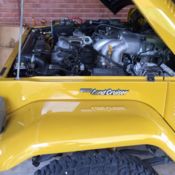 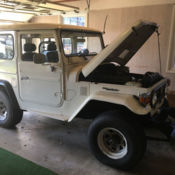 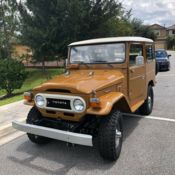 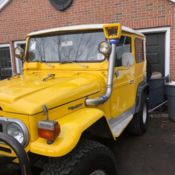