Hello! This is a very rare 1st Generation 1987 Toyota Limited Edition Van Wagon . It was a race to get the first mini vans onto the market in the mid 80's. This was one of the best first gen mini vans Toyota sold in the USA. These were very cool with the engine being under the driver's seat and very futuristic design . Incredible inside room and comfort for a little van. Here is a quote or information from a very knowledgeable gentleman here on Ebay who has owned many over the years and is considered an expert on them. Thanks jiperl!
"Chrysler introduced the first minivan in 1984. This was a market(minivan) that was initially under estimated by the Japanese and so in a rush to capitalize on the American market Toyota imported the Toyota "Van" which was known domestically in Japan as the space cruiser and on the higher end trim the Town Ace with many other variants for Europe and Australia. Basically, Toyota modified their JDM product for the U.S. The Toyota Van in America was just a stop gap until the Previa was introduced in 1991 which was designed with the American Market in mind. There are actually 2 generations of the Toyota "Van " The first gen Toyota "Van" was imported in 1984 -85 with a 3Y engine and 1986-1989 with a 4Y engine (87-89) had 4WD as an option ; actual production of the 1989 model ran until January 1990. The 4Y engine is actually originally a forklift motor still in production today for forklifts and such a heavy duty engine is the reason the Van can endure half a million miles or more."
The Toyota van utilized the design of "Forward Control" which Ford had done on their Van 20 years prior. Forward control means driver seat is on top or forward of the front wheels. I personally know of people who have had accidents in these Vans who have fared pretty well wearing their seat belts. So the safety claim that these Vans discontinued for safety reasons is hogwash. Fact was the maintenance was hard was to do on these vans comparatively speaking and the cabin could get hot sitting on the engine and sales declined for these reasons."
You will be hard to find one anywhere on the road today. They did make a 4x4 version but this one is a RWD. I am the second owner. I've only owned it for about a year and have barely driven it. It has an extensive Carfax service records and runs and drives great. The interior is in really good shape. All original and no rips or much wear at all on the seats. A few stains on the carpet here or there and the cloth has come apart on one of the arm rests. It does have some Michigan rust on the bottom quarter panels but the frame and most of it is very solid. I've had the engine and fuel system extensively gone through at Walt Sicard Car Company in South Haven which is also reflected on the Carfax. I would really love to just trade for a good truck or small motorhome. Buy with confidence as we have excellent feedback and offer lightening fast service. Message with any questions and be sure to browse our other items. Thanks 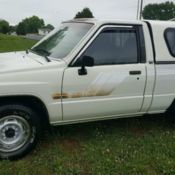 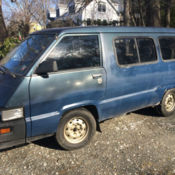 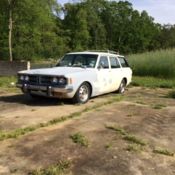 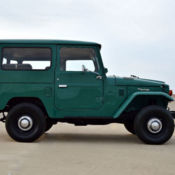 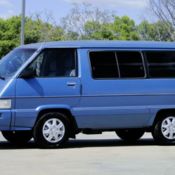 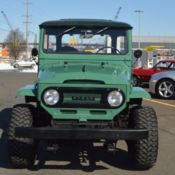 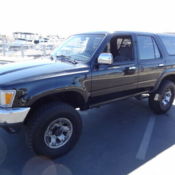 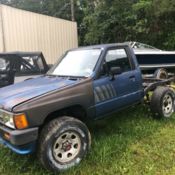 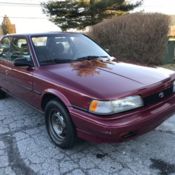 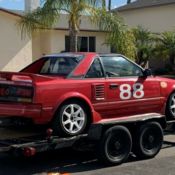