***Please note that some of the pictures in the listing are several years old, but condition has not changed. Truck was kept in a climate controlled garage in Florida where some of these pictures were taken. I towed it on a flatbed trailer up to North Carolina two months ago were it currently resides in my garage. I have not poured a driveway pad yet so i decided to use these pictures instead of taking pictures on gravel.***
1988 Toyota Pickup Xtra Cab 4x4 V6. This is a true collectors quality 2nd generation Toyota Truck. It is also the 1st year Toyota offered a V6 in their trucks and the only year of the gen 2 trucks that had a V6 option. I have all of the original paperwork including the original bill of sale, window sticker, sales brochure, and all manuals including the manual for the radio. It is 100% original except for the trailer hitch, which from my understanding was installed when the truck was new. The usual wear items such as tires etc have obviously been replaced and the battery is also brand new. The spare is original and the truck has a custom cover as well that fits it like a glove. There is absolutely no rust on the vehicle, not even surface rust.
Now for a little history of the truck. It was originally purchased in California and owned for several years until the original owner sold it to his brother who worked in auto detailing. To say he was obsessed with keeping the truck clean was an understatement. He actually waxed the frame and components with Carnauba wax. Eventually the brother moved to Colorado and that is when i bought the truck from him around 3 years ago. I searched for several years for this truck and have never seen one in this good of condition. I can't stress enough how immaculate this truck is. The reason I am selling it is because I recently relocated to the greater Asheville, NC area a few months ago and I would like to finish the basement and complete several things around our new home. I don't have to sell the truck, but selling it would free up space and allow me to get some projects done sooner, which would make the wife happy. I will try to describe everything about the truck below.
EXTERIOR- the exterior is pristine. The paint is original. You would be hard pressed to find any imperfections with the paint, chrome or any exterior surface. When I purchased the truck the original owner had removed all of the original decals except for the SR5 sticker. I purchased some replica decals from James Dean Creations and had a body shop install them. All of the windows are original except for the front windshield, which was replaced at some point.
INTERIOR - Again the interior is pristine. No stains, smells, or burn marks in the upholstery or carpet. The dash is perfect with no cracks. The only area that shows a little wear is the center console lid, which for whatever reason doesn't hold up as well as the rest of the interior( i have included a picture that has the console and lid in it). I have never seen a center console lid on this generation of truck that doesn't show wear. The original radio works great the antenna even goes up and down as it should. Headliner is perfect.
UNDERCARRIAGE - The nicest you will ever see short of a new car. The undercarriage was actually waxed by the previous owner and is as close to perfect as you could imagine. Just look at the pictures.
MECHANICAL- Truck starts, runs, drives as you would expect everything is tight. Transmission/ Clutch shifts smoothly and 4WD works perfectly. A/C is absolutely ice cold.
ISSUES- i use this tern lightly, but I was picky before I bought this truck originally and want to list anything that isn't perfect. The before mentioned center console cover is showing some wear. Also the speedometer needle will bounce a little when you first start to drive, but smoothes out once everything warms up. The muffler also had a hole rust through the very bottom along the back from condensation in the muffler ( you can actually see in one of the undercarriage pictures). The previous owner used heat epoxy to seal and i have had no issues with it. Again not a huge deal and something that the next owner can fix, but i didn't feel the need to replace the muffler or lube the speedo cable. That is really all i can think of.
I am setting this up as a ten day auction and reserve the right to end it at anytime due to the truck being for sale locally as well. Vehicle is sold as is. There is no warranty either express or implied. In person inspections are encouraged and if you have any questions or want specific photos email me through eBay and i can text or call you depending on what you need. I work Monday - Friday till 6pm EST so it will probably be evening before i can get back to you. Please serious buyers only. Don't waste my time if you are not going to follow through with the purchase. You will not be disappointed in this truck it truly is one of a kind.
A $500 dollar deposit via PayPal is required within 48 hours and complete payment is due with 7 days.
I will gladly work with your shipper, but the costs of shipping are all paid by the buyer. 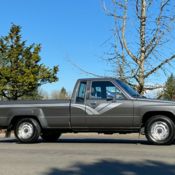 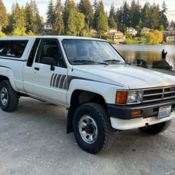 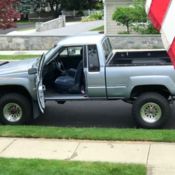 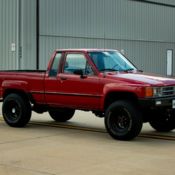 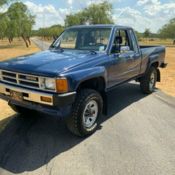 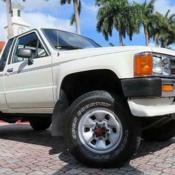 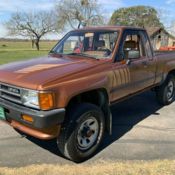 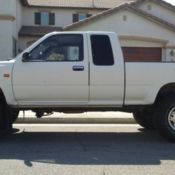 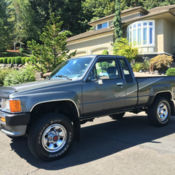 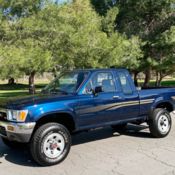