This is a 76 GT Toyota Celica Liftback for sale. I've owned this car for almost two years and will be sad to see it go. From what I understand this car has lived its entire life in the Seattle area which is why the body is in such great shape and has been garage kept for as long as I've owned the car. The odometer reads 15,699 though actual miles are unknown. As the pictures show this is a beautiful car which you just don't see very often. Stock USDM bumpers have been removed in favor of chrome bumpers that were only offered in other world markets. The tail lights have been replaced with JDM style lights.

Before I purchased the car the prior owner had the front end steering links redone so it drives great down the road. I since purchased a donor car and installed a complete black interior along with a Nardi wood steering wheel, a suede headliner and Recaro seats which keep you right where you need to be. The dash pad is in excellent shape as pictured. Original radio and bezels come with the car, I removed them to install an aftermarket unit but I did not get to that project.

The car was originally green as seen in the engine bay and there is some surface rust which has bubbled the paint on the rear fender lips and trunk gasket lip (both pictured). Both areas look to be easy fixes and very minor relative to the condition most of these cars are in after 40+ years. The stock sound deadening material was removed in favor of dynomat throughout the interior and the floor is in great shape. My plans for the car included upgrading the drivetrain including installing a manual transmission. Currently there is a clutch master cylinder and clutch pedal installed in the car.

This car has started every time and I have encountered no issues whatsoever.I would not be hesitant to takethis car anywhere. The transmission does leak some oil that appears to be from the pan gasket. My intentions were to install a 5 speed so I wasn't overly concerned with this. The transmission has always shifted firmly showing no signs of slippage.

This car is a perfect platform for an enthusiast to take to the next level. The body is in great shape for its age and turns heads everywhere it goes. These don't hit the market very often, especially in this condition, so don't miss out on this opportunity! 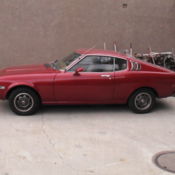 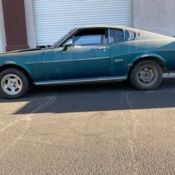 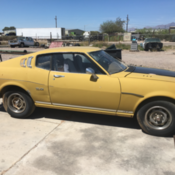 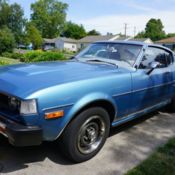 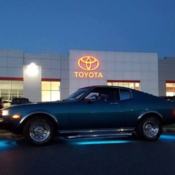 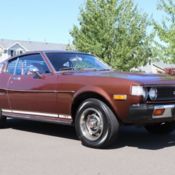 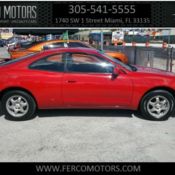 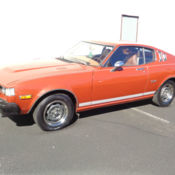 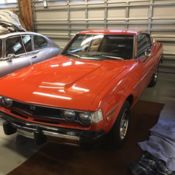 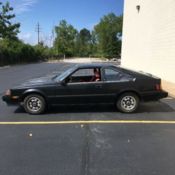