1985 Toyota Tercel Wagon Bluish w/ Blue Interior 3A-SCV Engine 5spd manual
Selling with NO RESERVE ( located in Nashville, Tennessee )
Body is pretty straight and rust free. Have filled holes where 'aftermarket' trim pieces were screwed into the car. I have shot primer in areas I worked on so would not begin to surface rust. Mechanically the car has been a challenge. It had a severe oil leak from the oil pan at the interface with the block. Numerous Half A--ed attempts were evident to address leak. I took the pan off - which entails removing a lot of systems and jacking it up to free the pan. Cleaned it up performed some metal work to return the pan to its previous shape and reinstalled. Then the fun began.
Following this repair which took at one point 8 hours straight getting all the oil pan nuts and bolts secured correctly. Fired her up after reattaching all the items that were moved or loosened to allow for the oil pan repair. It then started and ran fine. Till it stopped. Went around the engine looking for vacuumlines or other things that may have caused the engine to stop and not re-fire. It was the Timing Belt that was no problem as the engine is a "non-interference" engine so it was no big deal. Got a new belt set the timing right and she fired up and ran. Then she decided one day to not start as the starter spun freely. The starter is "not turning" the engine over. It simply spins. I have not even tried to remove the starter as I have spent countless HOURS on her already and now I am over it and will pass it along. It is a treasure trove of parts and I could easily double or triple my money easily parting her out as there is a Cult following of these wagons particularly the 4WD ones like was driven by Jessie in Breaking bad.
The engine is not the typical 3A engine it is a 3A-SCV that has a special air intake trick - or something to that effect - do your research on this difference. Also, I believethe engine is a replacement as it has the Markings Such as 'OK' circledon it and other part yard type marks. But, I cannot say for sure. There are a number of good forums for these wagons that are great research tools and sources of knowledge.
This is a rare find - a solid rust-free example that has lived its entire life in the South. I bought this car from the original owner who was 102 and he could no longer safely drive the vehicle. He did keep a detailed binder of work performed on the vehicle. He had only put around 280+ thousand miles on her. My intention was to work on it with my son and then let him have it for his first car. At its age it is considered a classic and benefits by being smog exempt and eligible for 'classic' insurance.This car is in really good condition considering it is almost 35 years old and most of them rusted apart by the late 90's.
The body is rust free the paint is pretty thin and faded and I planned on shooting a quick coat of paint and going with it with some miata alloys on her.
I am selling this with NO RESERVE. While this car is in fairly good condition for its age, it is far from perfect and does have it's flaws some as pointed out others I am sure I missed. Please look over the pictures and ask any questions prior to bidding or buying. I am happy to take additional pictures if you would like to see a different angle, closeup, or something I didn't get in the pictures. There will be no driveway haggling once the auction is complete. Please 'Bring-A-Trailer'. And I do hope it is simply a starter issue as I really do not want to part it out or see it be parted out. I really want to see it do another 300 thousand miles. Thanks, Mike
PS
A non-refundable $200 deposit is due within 24 hours of the end of the auction. Payment in full to be made within 7 days and vehicle to be picked up within 14 days. I am happy to work with your shipper to pickup if you are having it shipped. 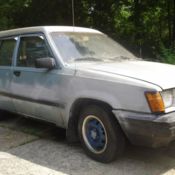 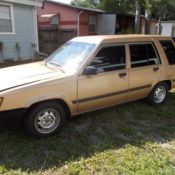 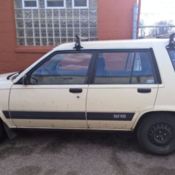 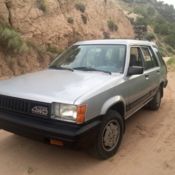 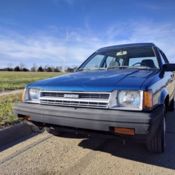 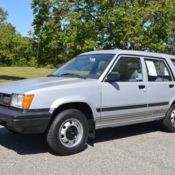 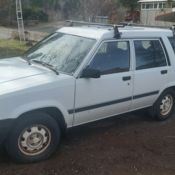 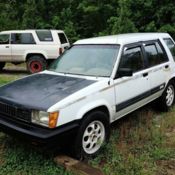 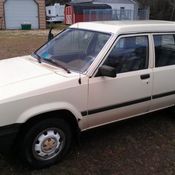 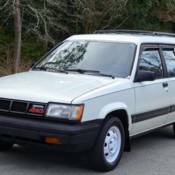