Was purchased planning on building an overland rig but a built Landcruiser became available instead. No rust issues on frame, just surface rust on cab. Original Factory Turbo Model but Engine was swapped out at some point. I planned on converting back to turbo. SR5 package with altimeter and digital dash. No accidents, clear title, and only 3 owners. Front Warn bumper, Smitybilt rear bumper and sliders. I had the transmission rebuilt and it still has a 10 month warranty. Passed California's stringent Smog Check in January before the tune-up.
Vehicle Issues:Driver side door is missing a few trim pieces. Rear windows needs to be fixed but motor is working. Has complete A/C, compressor turns but probably needs conversion to R134.
Will Ship on buyers dime... 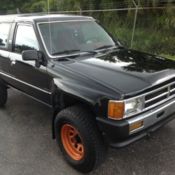 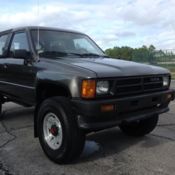 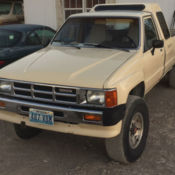 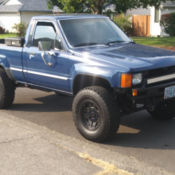 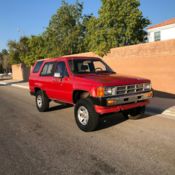 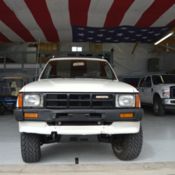 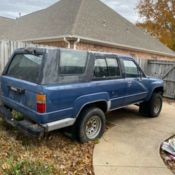 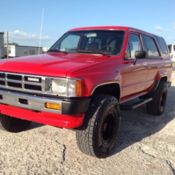 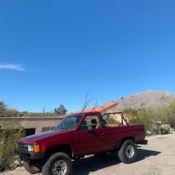 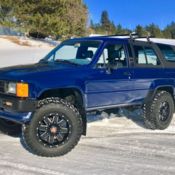