Up for sale is my 1985 Toyota Landcruiser FJ60. 189K on the odometer, stock car.This is a fantastic, very unique vehicle - I've had the pleasure of owning many cars -I've owned this one the longest (about 19 years) and already know I'll regret selling it.I bought it with 140k on the odometer, and now it shows 189k - so I put about 1k a year on it.
The car is mostly stock - only upgrade is the car stereo and 31.5 BFG tires.Upgrades include military battery posts, kenwood CD player and upgraded speakers.Camo seat covers. New OEM cat-back muffler, tailpipe and rubber hangers.Fog lights are present, but not connected.
A/C is not cold, but a R134 Conversion kit is included.
Engine runs and idles well. The manual choke could use adjustment.EGR Pump was removed and vanes removed - car passes annual emissions in Tennessee.
Body has faded paint, and dents in the driver's side front fender.Two rust spots - one small (dime size) near the front windshield,another 1/2 dollar size behind passenger wheel. 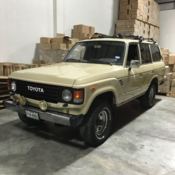 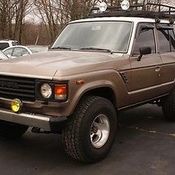 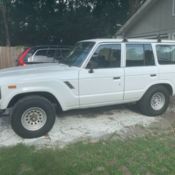 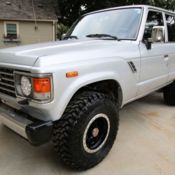 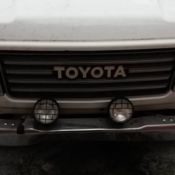 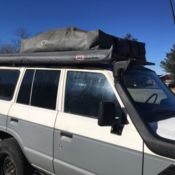 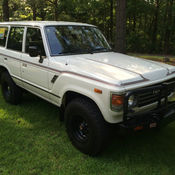 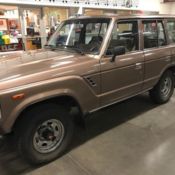 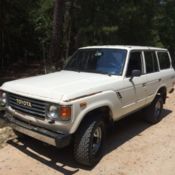 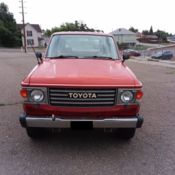