It's a 1980 Toyota Pick up truck longbed, I'm the second owner. It has a couple of dents and scratchesbecause it's my daily driver. It has some rust on both fenders, top corner of the driverside cabin and a spot on the tailgate and rear bed. My dad owns his own Upholstery shop and he reupholstered the dashboard in vinyl, custom door panels, carpet and i put two seats from a 2003 4runner. The interior is in good condition except for where the manual shifter goes because i converted it from 4WD to 2WD so i never got around to patch the other whole in the carpet. My father also installed a tonneau cover for the rear bed. It also comes with a rubber mat that the original owner installed. If you by the truck i have a new hood that i never got installed with the lower panel that goes under the front bumper that i can send you along with the truck. The hood is still in the original box i ordered it in. Another feature i had installed in the truck was H.I.D. headlights about three years ago. The truck also has a new carburetor, Old Man Emu front and rear leaf springs with front shocks and steering damper. Also it has a new ring and pinion in the rear differential. Like i said previously i converted it to rear wheel drive because i hardly used the four wheel drive. And converted it from 4 speed manual to 5 speed manual to make it a little faster. Finally i bought the original decals that run through the entire truck like the top of the hood and runs along the sides of the truck and ends at the tailgate that never got installed because i couldn't find the time to paint the truck.
As for price I'm selling it for $2,800.00 and the truck will need to be transported. 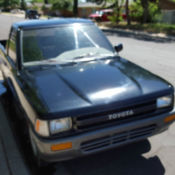 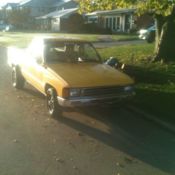 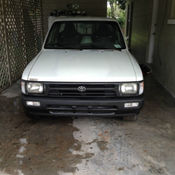 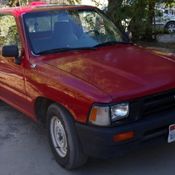 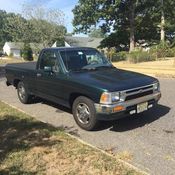 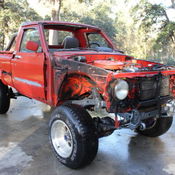 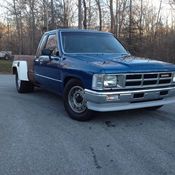 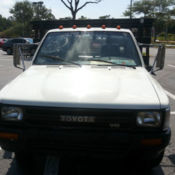 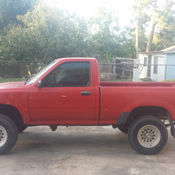 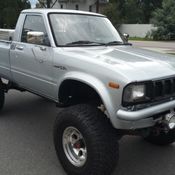