No RESERVE!!
Offered is an unheard of, near concours condition survivor Toyota Supra with only 25k documented miles.
This is the highly desirable 5-speed NON-TARGA version. I found this car in Ohio where it had lived in a suburban garage for 27 years. It was driven on occasion, but after the death of its female owner it mostly sat for 17 years. The car fired right up with a new battery, though it did need a new thermostat as it was stuck open (not closed) and wouldn't heat up properly. I replaced the 15 year old tires with brand new Continental Sport Contact DWS's (so the tires are brand new), changed the driveline fluids and detailed it extensively.
This is surely one of the most original MK3 Supras available anywhere in the world. It wears all original red paint and has never had any paint work anywhere. All of the fender and body VIN tags are in place. All glass is original. Everything on the car works as it should, even the power antenna. It is almost unbelievably original, down to the wiper arms, cassette stereo head unit, and exhaust system. Both Sylvania headlights still have their factory ink stampings in exactly the same place relative to one another. The under-hood markings are pristine and the original cigarette lighter has never been used. It was Zeibarted when new, though rust isn't even a consideration on this car and the undercoat is most certainly superfluous. I have the original voided title, the Carfax and Autocheck confirming registration by the previous owner since new in Dayton, Ohio, year after year.
I had originally intended on modifying this car with a monster, 500hp turbo setup (remember it is a non-targa 5 speed and doesn't suffer the chassis flex and leaks of those cars). However, once I got it home, cleaned it up and realized what I had, I decided it is far too rare and desirable to start doing that kind of thing to. The dusty dirt that was under the hood and undercarriage simply washed off to reveal what is essentially an showroom-new 28 year old car. Hey, if you want to put a 500HP 2JZ monster motor in it, be my guest. I just can't.
As I have only put less than 1000 miles on it since I have owned it and I am now running it for sale nationally, I can't guarantee that the car can drive across the country without issue. It certainly gives no indication that anything is pending failure and everything would most likely be fine for thousands and thousands of miles. It drives quiet, tight and rattle free as the wildly over-engineered Toyotas of the era should.
Japanese cars of this era, especially 5 speed sixes, are going up rapidly in value as I write this. Here's your chance to get one of the finest survivor examples anywhere in the world at a very reasonable price. Clean Indiana title is in hand.
Payment via wire transfer or verifiable bank check at time of delivery. Buyer paid pre-purchase inspections are welcome and encouraged. 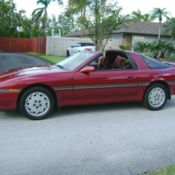 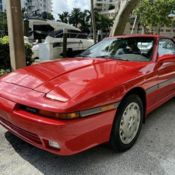 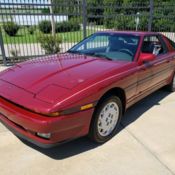 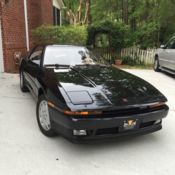 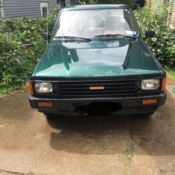 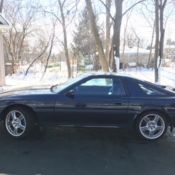 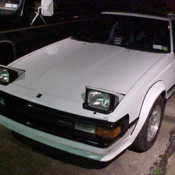 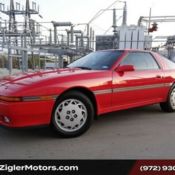 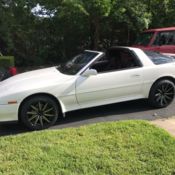 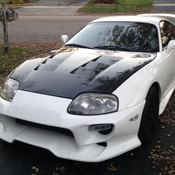