I purchased this fj55 about three years ago from a serious land cruiser collector in the Sacramento area. He brought the vehicle up from Fresno where it spent most of its life. Original color was red as seen in the interior door photos. Vehicle was repainted factory nebula green. Unknown mileage on the original engine. Speedometer is not functioning. I've driven the vehicle to work 2 or 3 times a week since I've owned it. Starts every time. Only time it broke down on me was when the clutch went out. New clutch and rebuilt carberator. Leaks a little oil but nothing crazy. Took vehicle into my mechanic about a month ago. Got a good report card...including engine compression.
Since I purchased the vehicle I had the front bench reupholstered and new door panels installed (front and rear). Back bench is in decent shape. A few cracks but I installed a seat cover to protect it. Over time the seat cover has faded thus the purple tone in pics. I was able to use the original door panels on the back doors. I also had a new headliner installed. Front windshield has a very small pit. Looks like a BB gun shot. All four windows roll up and down. Rear window stopped working a few months back. Not sure if it's a simple fix (wiring, fuse) or needs a new motor.
A few bubbles beneath the paint above both front doors. One spot on rear about the size of a quarter where it has bubbled beneath the paint. No visible rust anywhere on the vehicle including the floor boards. No dents on the body. One small dent on rear bumper. Both bumpers are painted silver not chromed. Same with side vents. No radio.
I get a few back fires about the first block or two after I leave the house. Once the engine is warm it stops. Doesn't effect drive...just wakes up the neighbors on occasion. I wouldn't describe this as a daily driver since it lacks power steering. For someone else it might work as a daily driver. I drove it a couple of miles to work and back a few times a week. Last significant trip I took was about 2 years back when I drove it about 2 hours away. Managed 70 on the freeway.
Very nice fj55. Nearly impossible to find one in this shape.
I've sold hundreds of items on eBay but this is my first attempt at selling a vehicle. Prefer a local buyer who can come see the car in person before bidding. Please email with any questions.
Original blue California plate. Also have the original rims and some misc. parts. 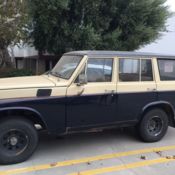 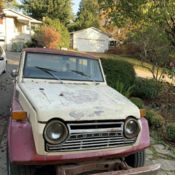 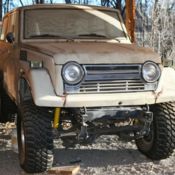 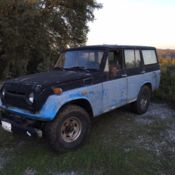 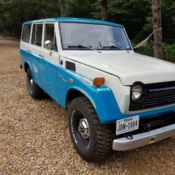 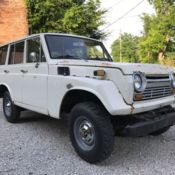 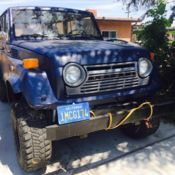 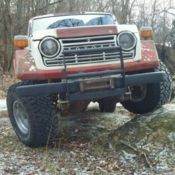 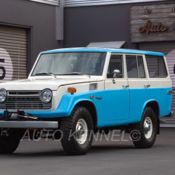 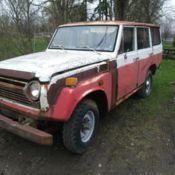