Right up front I’ll tell you that this is a project truck. It runs, but it needs work.

History: This is a 1994 Toyota 4WD pickup, Xtra cab. It is originally from Texas, and in 2007 it was converted to diesel by Diesel Toyz (http://dieseltoys.com/). It has a four cylinder 3-liter 1KZ-TE IDI engine. I drove it back to Vermont and converted it to also run on vegetable oil. I ran it that way for a few years and then de-converted it. It has been sitting for a year, waiting for me to work on it, but I have too much else on my plate. It now has 208,000 miles on it.

The good: The frame is still solid and the body is ok. I sprayed the underbody with LPS3 Hardcoat as soon as I got it up to Vermont. The interior is reasonable for its age. The engine starts and runs. The brakes and suspension are still good. It comes with an oil filter and a fuel filter, and the original turbocharger. I thought I needed to replace the turbocharger, but it turned out I didn’t. It also comes with winter and summer tires on two sets of wheels. The bed rails have low-profile Unistrut on them so you can bolt what you want to them with spring nuts. You get a set of lumber racks and a canvas cover that needs some work.

When it is running right the thing can pull stumps in low range and cruise the highway like a boss in overdrive. In addition to the usual 4WD on-off button there is a Power button that changes the shifting points to good effect.

The bad: It has three mechanical problems. The fuel system needs tweaking. It runs fine until it warms up and then goes into a fault mode. I have had the ECU checked, and it is fine. It might just be an air leak in the fuel line. It might be crud in the injector pump. The alternator isn’t charging. No clue on that one. The radiator has a slow leak. It might be a hose fitting and it might be something more. Bring a trailer.

There is some rust on the bumper and around the bottom edges of the doors. There is a doink by the left taillight. There are the usual points of wear you’d expect on a truck of its age.

So, if you want to do some wrench twisting and have yourself a classic 90’s Toyota truck with a diesel, this is your vehicle. 1KZ-TE engines are going for a couple-three thousand, so you could pull the engine and convert your own vehicle.

Cash is great, but if you want to use a cashier's check I'll want to go downtown and deposit it before you head out. I'll need a personal check to clear before you plan to show up. 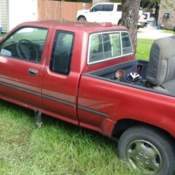 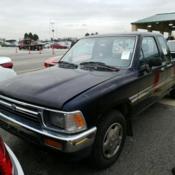 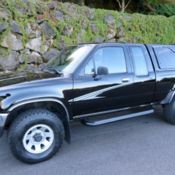 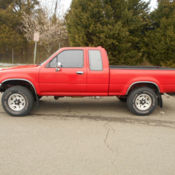 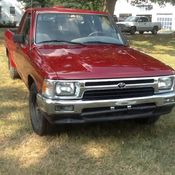 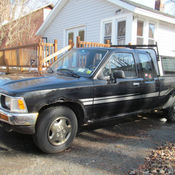 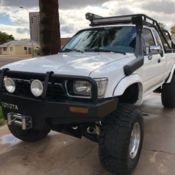 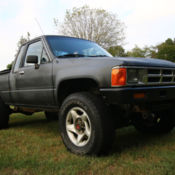 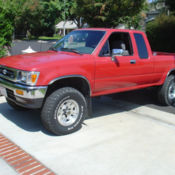 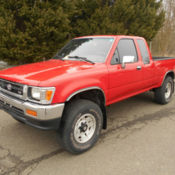