Hello, I am listing my 1987 Suzuki Samurai JX Tin Top for sale. First off, this build is not for everyone and I do not have to sell this rig. With that, I will not take any low-ball offers. Please read everything in this ad, as I do not like my time wasted. Please view links in the add to see more pictures and videos.

I purchased this Samurai in Texas early 2014 with the intent to diesel swap it. It was everything I was looking for a clean Tin Top with factory air and no rust at all. When I purchased it there were 169k miles on the rig. I drove this Samurai semi-daily for about two years while I gathered parts and did research for the diesel swap. In May of 2016, on my way back from a wheeling trip I noticed the Suzuki was having some issues and was down on power. I barley got her home and upon inspection found the key for the crank gear had wallowed out the keyway on the crank. This was the opportunity I was waiting on to start my swap. It took a while to get parts purchased and to find time to work on it, but I finally got to a point were I could get a good amount of work done. This was during the summer of 2017. This process involved a frame off semi restoration. I took the body off the frame and cleaned it up and coated the frame, underside of the tub and engine bay with POR15. Also I coated the inside of the tub with POR15 bed liner. I did this to ensure that the rig stayed rust free for a long time. The suspension has been lifted 5.5 inches with a spring over axle lift; this also includes a high steer kit. Other new parts include U Joints, shocks, transmission mount, transmission input seal, throw out bearing, clutch cable, clutch, pressure plate, throw out shaft spring, wheel bearings, the rear end was rebuilt in 2015, SJ410 backing plates were installed so axle replacement is much easier, and much more.

When I purchased this Samurai it did not have the original seats or a rear seat. Generally the Samurai seats don't hold up well. This one has front seats from a PT Cruiser and they are very nice. I ended up finding a factory samurai backseat and mounting hardware and installing it. Other items upgraded in the interior are a Tuffy lockable center console (with cup holders), new abs door panels, LED dome light, cowl air scoop, side saddle (storage in the rear), pedal rebuild, digital clock, Kenwood head unit, and much more.

The engine I went with is a Volkswagen AAZ engine. It is a 1.9 IDI turbo diesel engine. In the stock form it produces about 75hp and 115tq, which is almost double the torque of the factory Samurai engine. I found the engine in Canada, since it was never sold in the US. The engine was out of a '93 Jetta and it had roughly 100k on it. I completely stripped the engine down and cleaned it up and painted it Grabber Green. I did have a mishap when putting the engine in, the chain slipped and the backside of the head hit the concrete floor damaging the rear camshaft retaining cap and cracking the head casting. So I had to find a head for this engine. It now has a new head gasket, timing belt, timing belt tensioner, glow pugs, thermostat, oil pan, HD motor mounts, GM style alternator, upgraded wiring, battery, radiator, custom exhaust, custom intake, aftermarket water, oil, exhaust temp gauges, and many other parts. After getting everything installed and fired up which was winter of 2017 I noticed that the fuel pump had a small leak. I removed the pump and sent it to Giles to have it resealed and reworked. He is the man on these fuel pumps. It pulls like a freight train now. It took until spring of 2018 to get all the small bugs worked out of this rig to get it daily drivable.

I generally drive this rig to work and back it has about 2200 miles on it. I have taken it wheeling as it sits. It did pretty well considering the tires are street tires. I have driven it in 100+ degree days and 20-degree days. We see all types of weather in South West Missouri. I have many extra parts for this rig as well as a large stack of receipts and factory service manuals for the Suzuki and VW components. I even have the original owners manual for the Samurai. This rig has been well cared for and serviced religiously. I average 28-29 MPG on the road and about 22 on the trail. All the glass is good, heat blows well, NO RUST, lights work, radio works, doesn't leak. This vehicle turns heads. Also you can gain speed going up hills, this is something that 1.3 samurais wish they could do. This thing is great to drive. The title is clean and clear in my hands.

There are some cons to this vehicle. The AC is not currently hooked up. I have all the components and it can be configured two different ways. Which ties into another con. If I were keeping this rig I would change the VW radiator out to an aluminum Suzuki radiator. Doing this would allow the AC condenser to be in the original place opposed to where it is now. It would also give more room to work in the engine bay. As the rig sits now it works fine but you do have to watch your temps on hot summer days. I don't know if the VW radiator I selected gets the best direct airflow. There are two electric fans that help out. Another thing that could be done is switch to a 160-degree thermostat in the summer. Due to gearing the rpms are about 3k when the vehicle speed is roughly 50 mph. The diesel engine has a redline of about 5k rpm. She does not like to go fast for long. 45 to 50 should be fine I run her like that and have no issues. If it is hot out 90+ you may want to take it a little slower. With the rpms sustained above 3k the temperatures do raise some when the ambient temp is high. It has never overheated though. This rig will need tires soon; this could help the speed some too. Currently the tire size is 30x9.50x15 so if you got a taller tire you could gain some more road speed. The ultimate fix would be swapping to Toyota running gear then you would be able to run highway speeds. Since this rig is over 30 years old she does have some dents and dings the worst are on the hood. None of these cons prevent me from driving it semi daily.

Many spare and extra parts

Clean clear title in my hand

No computers to deal with

Can gain speed on hills

AC not hooked up but all parts there

Many more pictures the password to the album is Samurai http://s1146.photobucket.com/user/ssm04/library/Samurai

Video of under the truck https://www.youtube.com/watch?v=e2Za4QPcILA

Video of the engine bay https://www.youtube.com/watch?v=jBGSFltnH8Y

Video of driving the neighborhood https://www.youtube.com/watch?v=ly4kBDBe5dg

I have well over 17,000 dollars invested in this project and hundreds of hours. I am not just going to give it away. The reason I am selling it is because I am going to be having a baby and this rig isn't really newborn friendly. I could just let the samurai sit in the garage but I would rather someone get some use out of it and free up a little cash. I am open to trades plus cash on your end. Trades I would be interested in would be, XJ Cherokee, late model Honda CR-V 97-06, late model Toyota RAV4 94-05, Jeep Liberty DIESEL ONLY, Subaru Forester 97-02, Third gen Toyota 4Runner 96-02, late model Japanese or Euro wagons, older pontoon boat, older bumper pull toy hauler. Trades must be clean with no rust and not smoked in. Cash is king. I can possibly help with transport depending on what we have going on for a small fee. The rig is located in Joplin Missouri. I am not a hard person to get along with I just don't like my time wasted. I do not need help selling if you are a scammer don't bother me. Miles will go up some since I do still drive it. No warranty expressed or implied. Please feel free to get ahold of me any time my name is Joe 620twofournine9076.

$250 deposit due 24 hours after winning bid. The rest will be due before the vehicle leaves my possession. 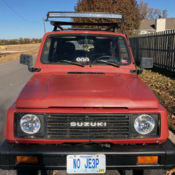 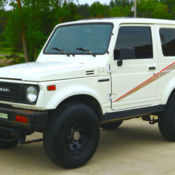 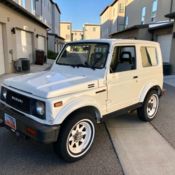 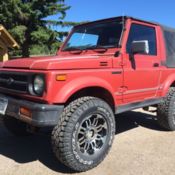 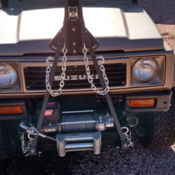 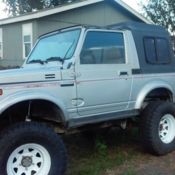 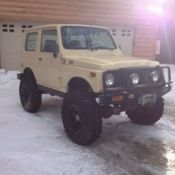 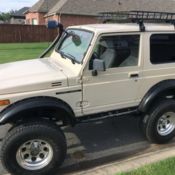 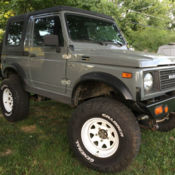 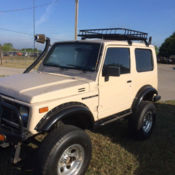