I purchased this car in March this year, intending to get it running and drivable to resell.

The car would not start, but according to the previous owner, had been running up until last fall.

The previous owner gave a story about being actual 22,xxx miles and was mostly original except for the right front fender and a partial paint job. The story was that the original owner's husband died. She drove it until she had an accident and dented the right front fender. It was repaired and then stored in a warehouse for 40 years. (Yea, right!!! Gotta love the stories some people spin.) Upon inspection before buying, it was obvious the car had some restoration work done to it. I would consider it an older restoration with driver's side floor pan patches, rocker panel patches, repair on trunk panel seams, and such.Since the repair work was done, someone has sprayed an oil-based undercoating into most of the body cavities and trunk lid cavities. That seems to have stopped existing rust and likely prevented further rusting.I still bought it, because it is a 2dr HT, right?!

From 30 foot it looks good and original. It is still pretty solid. There is a lot of "garage rash" to the paint, as well as normal weathering. The left front fender has rust starting at the bottom. The right front fender was replaced and does not have any visible rust. The rocker panels will need replaced, but the rest of the sheet metal is solid with no visible rust, except the trunk seams as stated above. The frame has surface rust, but is solid. The interior is original with some light cracks on the front seat backs. The seats have mildew stains, so it will need updated as well. The headliner is in very good shape and just needs cleaning.

Work that had been done recently, before I bought it:

After getting it home, I determined that the carburetor flooded and rebuilt the carburetor. I still had issues getting it to run right, so I replaced the points which helped for a couple test drives, but then quit and wouldn't restart. There was evidently something blocking the carb needle valve, so I pulled that out and cleaned it and put an inline fuel filter ahead of the fuel pump. It's been running great since.

The car could be driven as it is now, but it needs a full restoration. It could be a driving restoration project, but ideally, to bring it back to its full glory, a frame-off restoration would be in order. The engine needs attention as it burns oil and leaks. Maybe just heads rebuilt and main seals would suffice but again, for the highest return, a full rebuild is in order. Compression is 90+ on all cylinders on the first stroke, and max out around 120 after three strokes. The transmission runs fine and shifts nicely. The only issue is that it doesn't downshift when you step down on the accelerator. Likely just linkage adjustment, but I haven't looked into that. The transmission runs in 2nd and 3rd for normal operation, as it should. It shifts to 1st and 2nd with the shifter as it should. The ignition lockout and backup light switches on the shifter need attention as they have been bypassed.

The brakes are good, but this would be a prime candidate for the 4-wheel disc brake conversion if doing a restoration. The steering has a fair amount of play. I have tightened the gear box up some, but it could be better.

I also put in a new electronic voltage regulator and a horn relay.

All lights work, with the exception of the backup lights due to the switch being disconnected. All gages work. The clock wants to work, it runs a few seconds when you hit a bump, but probably needs cleaning. Dash lights work, but only at high intensity. Horns work. Slight rust on the instrument bezel chrome, but should polish off. Heater fan does not work.

The alloy rims and tires that are shown in the photos are the only wheels that come with it. I do not have the steel rims, but do have some hubcaps. The spare tire and rim is in rough shape, but has a tube and holds air.

I recently drove to Back to the Fifties car show three days, which is about 22 miles each way and included freeway driving at 65 mph, as well as stop and go in hot weather without overheating. The car ran great up to 65, but needs shocks and tires balanced to go beyond that. Plenty of get-up-and-go!

I try to provide as many pictures as I can. They are high resolution so you can zoom in for detail. Check out the videos also to see and hear it running and driving. Please review the pictures and videos on the website thoroughly before bidding.

I can provide delivery to the upper Midwest for $1/mile. Contact me before sale ends to confirm availability. I also have a recommendation for transport service anywhere in the continental USA.

Vehicle must be picked up within 10 days of sale. Arrangements must be made 2 days prior to pick up. 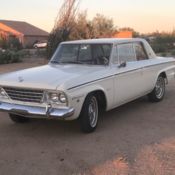 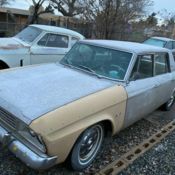 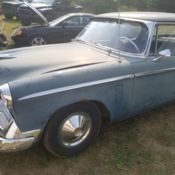 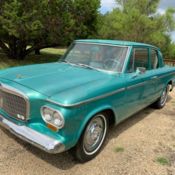 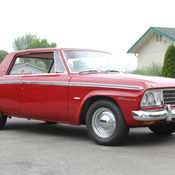 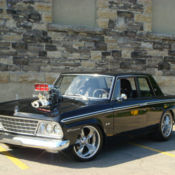 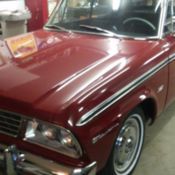 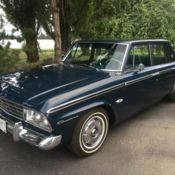 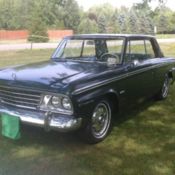 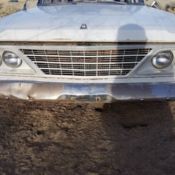