West Coast Classics are proud to present a great daily driving example of this very striking original southern California 1962 Studebaker Gran Turismo Hawk 289 V8 coupe with a 4 spd manual transmission and factory air conditioning, repainted in a Bright Orange color paint with a tan interior and matching headliner with chrome roof bows. The floor boards, trunk and all the typical rust-prone areas are solid and rust-free - obviously an always garaged and cherished car since new!
The car looks extremely impressive with a very striking 'Bright Orange' repaint with the interior also in quite exceptional and in mostly completely original looking condition throughout with its original 'Studebaker' AM radio! The dashboard, the headliner with chrome bows, the carpets and all the seats have been restored and are in exceptional condition throughout and the car has all new chrome!
The car has a correct 289 V8 engine which is extremely strong and powerful and this particular car drives very well - must be driven to be believed - a truly remarkable daily driver that will give any modern day sports car a run for it's money!
The vehicle was discovered in storage as part of a private collection in Los Angeles. It is an older restoration with some restomod parts which would be easily reversed if desired. Reportedly the car was originally sold new in Tucson, AZ and is an original 4 speed manual car which was originally 'Ermine White'. The car has a new clutch, 'Hurst' short shifter, all new gaskets and hoses, a rebuilt carburetor, all new plugs, wires, coil and alternator and new tires mounted on aftermarket 'Vision' wheels. The original steering wheel and shifter are to be included in the sale.
After the Ford Thunderbird had been restyled in the late fifties, the Studebaker Golden Hawk emerged as one of the most handsome two door coupes on the market in 1956 with performance to match its styling. In 1962, the last year in which Packard would be part of the Studebaker-Packard Corporation, the company's president Sherwood Egbert enlisted the renown designer, Brooks Stevens, to modernize and redesign the Hawk and Lark. Stevens created the the new Hawk model with flowing lines and squarer shapes and it was newly named the 'Gran Turismo' Hawk and proved to be even better than before with this last generation of the Hawk (1962-64) to be the only one to earn the coveted 'Milestone Car Status' recognition of the 'Milestone Car Society' of post war cars (1945-72) who judged their cars in five categories; styling, engineering, roadability, performance and innovation and craftsmanship. A Milestone car had to be superior to its contemporaries in at least two of these categories.
The GT Hawk Coupe was an update of the pillar-less Hawk body-style of the mid to late 1950's with a bolder grille and a more formal roof-line. Still built on the old 'Loewry Coupe' bodyshell and 120.5" wheelbase from 1953 minus the 1957-61 now outdated tail-fins, Stevens added a Thunderbird style formal roof with broad C-pillars, removed needless trim from the bodysides and outlined them in bright metal, installed a new three element dash design with enough room for a clock and large tachometer. a 289/225HP V8 engine, it had a top speed of 120mph and although the updated continuation of Studebaker's sporty four-seater coupe received good press, it unfortunately couldn't save the 'Studebaker Corporation', which had been founded as a wagon producer back in 1852 and sadly folded in 1966. There were only 3,663 models built in 1962.
In summary, this particular example is a great daily driving and turn-key ready to enjoy today obviously always garaged and rust free example of this increasingly desirable and collectible original southern California 1962 Studebaker Gran Turismo Hawk 289 V8 coupe with a very desirable 4 speed manual transmission and factory A/C! 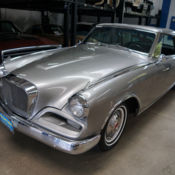 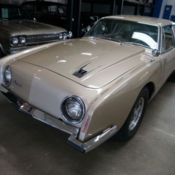 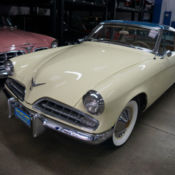 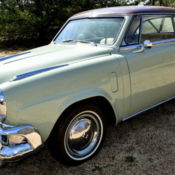 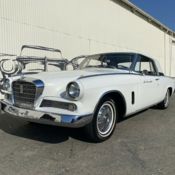 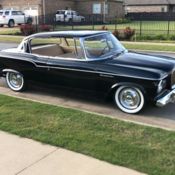 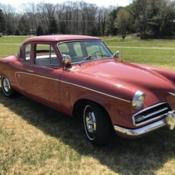 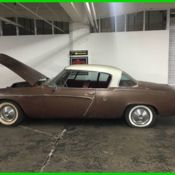 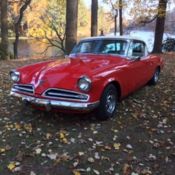 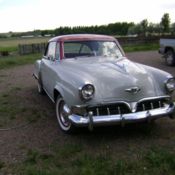