1951 Studebaker Commander State Convertible. Inspired "bullet-nose" front end styling taken from the Mustang P-51 Fighter Plane! Equipped with the 232 V-8 120 HP engine and the Automatic Drive automatic transmission. One of 3,770 1951 Commander convertibles that were manufactured (there were 4,742 of the lower priced 6 cylinder 80 HP Champion convertibles). Odometer shows 71,000 miles. Converted to 12 Volt with a one wire alternator. As of January/February 2019,complete new brakes (a prior owner upgraded the brakes to the 1954-66 Studebaker heavier duty braking system),new tires,new exhaust,new fuel tank,rebuilt fuel pump,new battery & cables,rebuilt carburetor,new paint,new convertible top (and new tacking strips & pads). Heater blower works.Heater core and wipers unattended. Has the original chrome bumpers,etc. that have good shine and mild pitting. The car has nice floors (pictures show the floors before the carpet was installed). The trunk has a couple of patches which were put in by a previous owner. The interior is clean with no smells and still quite useable. The engine starts dependably,idles fine and was used on a lot of short trips this Summer (never took a trip over 10-15 miles).There is some smoke out of the tailpipe but not a cloud (a long expressway trip may clear that up).The transmission shifts okay and leaks a little when parked a few days. The previous owner(s) did a bit of rather nice customizing with a 1962(or so) Studebaker steering wheel and Hooded Taillights & Stone Guards from a 1952 Studebaker.Also added were Fender Skirts and a Continental Coronado Kit (a real attention getter!). Overall,this is not a show car but a fun car and very popular. Sold as-is,where-is. The car has a clean Title but will not be available for pick-up until payment has cleared my bank-NO exceptions.Cash is preferred which will allow immediate pick-up. The car is priced reasonably and that will allow the next owner to afford to do any upgrades that are desired. Any questions will be answered. Good Luck Bidding! 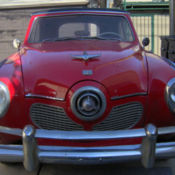 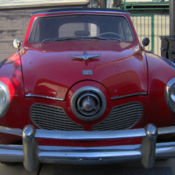 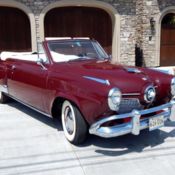 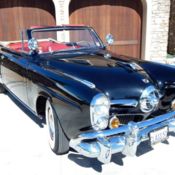 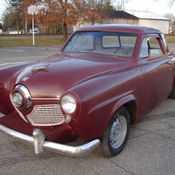 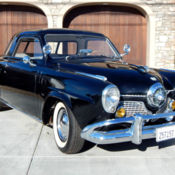 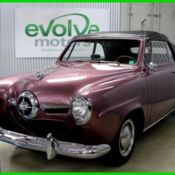 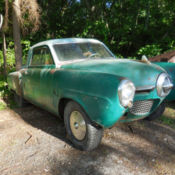 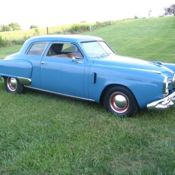 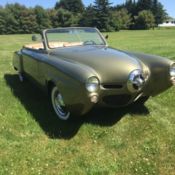