1963 Studebaker Gran Turismo HawkR2 Avanti Powered
We have no intentions of misleading anyone. While this car was originally equipped with an R2 engine (JTS1454), the original engine block is long gone. However, the 4 speed transmission is still in the car, and we have a replacement Full Flow 289 V8 that's included with the sale, as well as the correct R2 heads, and most of the special R2 supercharged engine components. We'd like to see the car restored back to its original configuration, so it's being offered up with all of the hard to find parts at no reserve.
Originally sold new by a dealer in San Leandro, the car spent most of its life on the west coast. At some point it made its way to the Boston, Mass area before finding shelter here in North Central Florida for the last couple of years.

This isn't a car that you can file the points on and drive away.. While it's a worthy car for the right person, this car is going to need a complete and thorough restoration.
Overall, the car is solid and structurally sound. It does have some rust in the typical Studebaker places, but it's a lot better than most unrestored cars you'll find on the east coast.

Both sides of the body alongside the deck lid have some rust through, as seen above.
As do both lower rear corners of the front fenders.


We've seen a lot of Studebakers, but this is the first one that we can recall that still has the "secret serial number" visible. That in itself makes a pretty bold statement about the car's structural condition."63V18639"

Trunk floor is overall very solid.
There is the start of rust coming in on the inner lip of the deck lid.
The interior is going to need everything, but the important pieces are in place. Bucket seats with console, full dash instrumentation, and a Hurst shifter.
Both rocker panels need to be replaced, but the sills and door posts appear to be good.

The car currently has a 259 installed. The engine does not run.

The hard to find power disc brake components are still intact.
The bottom of the car is the best part of the entire car, and arguably the most important when looking for a car to restore.
The frame and "hog troughs" are exceptionally sound and solid.

T10 4 speed is still intact. We believe it to have been rebuilt by WCD Garage in Mass., prior to the engine going south. The original R2 oil pan is installed on the engine in the car.

While the parts we've collected may not be everything needed to complete the R2 engine setup, this is certainly most of it. Included with the car are correct R2 cylinder heads, water manifold, oil pan breather tube, supercharger, etc. What you see is what you get.


This extra engine is a Full Flow 289 that's also included. It is not the original block for the car. This engine was rebuilt and installed in a car. Within 5 miles of the first drive, it lost oil pressure. The driver shut it down before catastrophe hit. It was removed from the car and put on a stand, and that's as far as it got. It isn't ready to install and run, but it's a good start towards having the correct pieces to put the Hawk back to stock specs.

Please feel free to inquire if you're interested in the car. We'll be happy to answer any and all questions as accurately and promptly as we can.
The car is being sold as is, where is, with no warranty implied. The car being sold with a clear Florida title. Shipping/transport is complete responsibilityof the buyer. 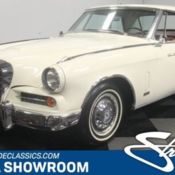 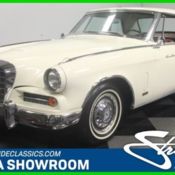 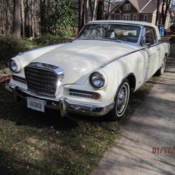 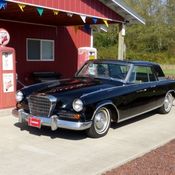 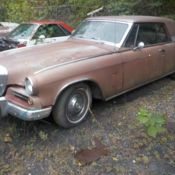 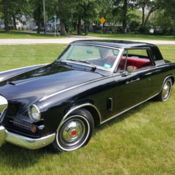 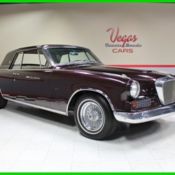 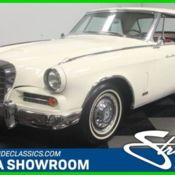 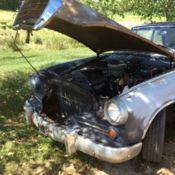 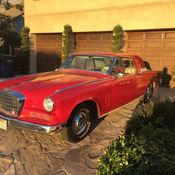