Excellent candidate for restoration by a Studebaker enthusiast. This was the top of the line Studebaker for 1950. My father purchased this car used in 1950 or 1951 after having an accident in his new 1950 Studebaker Commander. The bands in the Land Cruiser's (the one for sale here) transmission were slipping but otherwise it was a good running car at the time with only 47,000+ miles. He decided that it was too nice to use for parts and kept it. I recall it being parked in our yard for a few years during the early 1950's and from that point until a couple of years ago it was stored in a wood-floored garage which provided pretty good conditions for preserving it aside from rodents as would be expected for 50 some years.
It has been kept it in a portable canvas shelter since and I only removed it and tarped it outside a month or so ago. The body is extremely solid but the paint has faded away. It has some surface rust with minimal pitting as a result. A lot of undercoating remains on the underside and the floors appear to be rust-free and solid. It is a complete car with the title in hand. The cylinder head was removed many years ago and it, the carburetor, and misc other parts were stored in the trunk. Although I haven't examined the motor closely, It would need to be disassembled and brought up to spec. It will obviously require that the cylinder walls be honed or bored slightly but probably no major machining due to the low mileage. Upholstery is there but unuseable as is because of rodents. There is a full set of hubcaps and I think all the beauty rings are there as well.
I had intentions of restoring it, mainly for sentimental reasons but have come to realize that I just have too many things to work on and at this point in my life that it will not happen, so I would like to see someone bring it back to life, rather than just holding on to it. 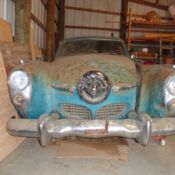 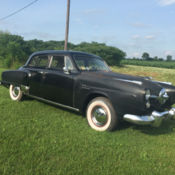 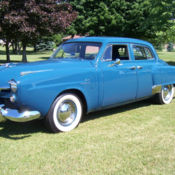 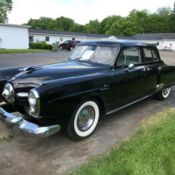 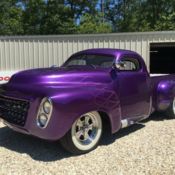 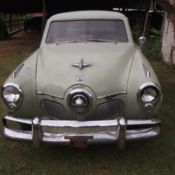 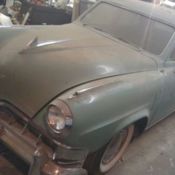 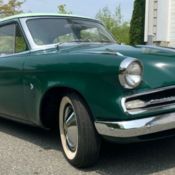 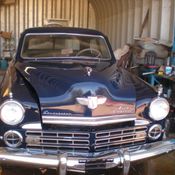 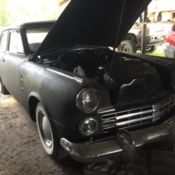