This is a truck my father purchased a couple years back and has decided to sell it and purchase a '34/'35 Ford, below is the description from the builder of the truck:

This 64,000 mile truck was a 65th birthday present from my wife. It was supposed to become a “daily driver”, and would be the 46th StudebakerI’ve put back on the road! Our family operated a Studebaker dealership for 40 years, so repairing & restoring them is natural and normal for me!

I had removed the body, so I could restore the chassis & running gear first.As I was finishing the last details on the chassis, a fellow Stude friend stopped by to see the project. During our visit, he mentioned thathe’d just seen a vehicle at a salvage yard that seemed a shame to crush. It was a 1996 Ford Explorer 4 door with only 61,000 miles on it!Apparently it was sideswiped by a semi while parked on a city street. Damage was all on the upper regions.

Discovering that my truck and the Explorer shared the same 112” wheelbas, our collective minds began dreaming about how sweet it would be to place my pickup bodyonto an Explorer chassis! I’d have a fuel injected 4.0L engin, 4 speed auto transmission, power disk brakes, power steerin, cruise control, and both 2WD and 4WD. All I’d need is air conditioning and I’d be good to go !

The salvage yard agreed to sell the Explorer to me for the same scrap value they would have realize, and they delivered it to my garage that same day !Now I had to “sell” my wife on the idea.A wrecked Explore in my Stude shop – what?

During the projec, I contacted my good frien, Jack Chisenhal, at Vintage Airin San Antoni, TX.Jack and I have worked together before on a couple different Studebaker A/C unit, and this time I proposed his developing a new unit specifically for the ’49 thru ’59 Stude “C” cab trucks.My truck became the test truck for the early planning stages, and the evaporator unit in my truck today is actually a pre production unit used to test the new system.I also worked with them to produce a new copper / brass radiator for these trucks.

I’m proud to say that now any owner of a C cab truck can order a modern heat and A/C system from Vintage Air. Their ads have been in Turning Wheels for many months now – the radiator shown in the ads is actually in my truck now! I was the one allowed to pick the name for the new unit.Climatizer II .

After two years of wor, I finished the truck on the afternoon before we needed to drive to the Upper Mississippi Valley Zone Meet in St. Loiu, in August of this year.The drive to the Meet was my test run!Because I remembered my Grandfather having a shop truck like this in the early 50’, I duplicated the door sign, and box side advertising as he had it. It’s a tribute truck to my Grandpa.

We decided to enter the truck for judging at the Zone Meet.The Modified Categoryis becoming popula, and many fine vehicles were being shown. The Gateway Chapter ran a first rate Mee, and judging proceeded without a hitch.

The Saturday evening Awards Banquet was grea, and the meal was followed by the trophy awards.Imagine my surprise when I was called up to receive a 1st place trophy for the Modified Truck Categor, and it was announced that my truck had obtained a perfect 400 point score !I about fell over !Shortly afte, I was called upon agai, to receive the Best of Show Award . What a night !

Needless to sa, this truck is not going to be a daily driver. I wonder what happened to that idea?Maybe the next one will be !

This 64,000 mile body has been placed on a 61,000 mile chassis and running gear from a 1996 Ford Explorer. All parts were rebuilt or replaced. This truck was the actual truck used to develop a new Vintage Air system for Studebaker trucks !

The truck is located in North Liberty IA, my father is the current owner, he is in Arizona for the winter and I am selling on his behalf. I have a signed clean and clear title that is current and ready to go.

The pictures only begin to capture how clean and well built this truck is, you can tell the builder knew what he was doing and was very meticulous with his hobby. 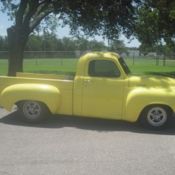 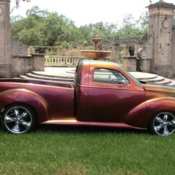 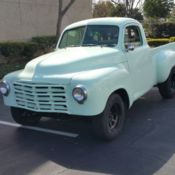 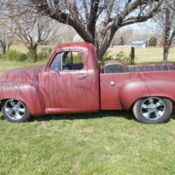 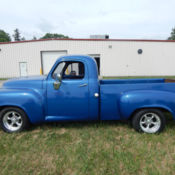 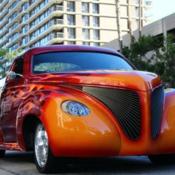 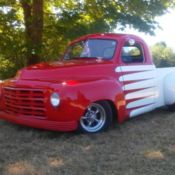 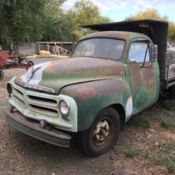 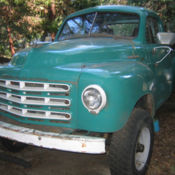 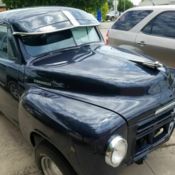