The Carroll Shelby name is no secret in the world of car enthusiasts. He has a lengthy list of vehicles that had roles in their development. Some more famous than others and there is few that would disagree that the Cobra of 1965 is the most prominent of all his creations. The Shelby Cobra/Daytona was commissioned, built and driven to do one thing Ã¢â‚¬" beat Ferrari in the 24hrs of Lemans. After the huge success the Cobra was rolled out... and continued to receive significant praises for its power and style. Fast forward to present times and people were disappointed with the sports cars that were rolling out of the factories and the lack of excitement and performance they offered. Entering the market were a handful of companies building replicas or recreations of famous cars from the past. GR Auto Gallery is pleased to present this stunning Cobra for your consideration. Titled as a 2008, this kit car is in excellent shape and was put together very well. The body is in great shape and has nice paint and trim. Exterior features knock-off wheels with classic Goodyear tires, dual roll bar hoops, hood scoop, and sun visors. The interior is nice and simple, with good instruments, vinyl dash, nice seats, and three point harnesses. The important bits are the mechanicals, and this Cobra is very well endowed. Built around a 427cid V8, this car also has a Holley 4bbl carb, MSD ignition, braided fuel lines, electric cooling can, Optima battery, and a Holley fuel pump. Well executed replica Cobras such as the one here, capture the essence of the Carroll Shelby spirit as each one can be set up to one's tastes. These cars remain on the bucket list of many and with authentic examples selling upwards of a million dollars, these tribute cars remain in high demand and hold value. This example as turn key and ready for its next owner. To see over 80 photos of this car, including undercarriage please visit our website br/- 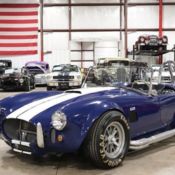 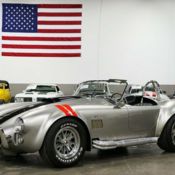 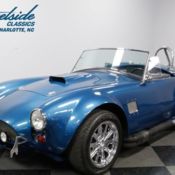 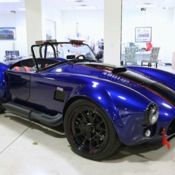 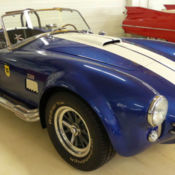 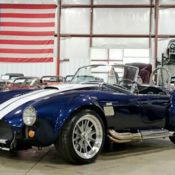 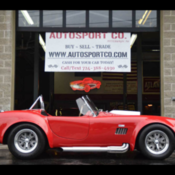 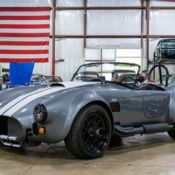 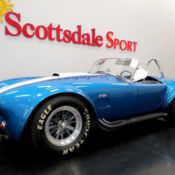 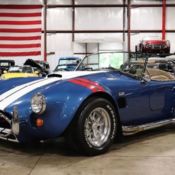