BJ Motors is super excited to offer this very limited 1964 Daytona Coupe. The original Daytona Coupe was a race car based on the AC Cobra roadster that was produced in an extremely limited run of just six cars during the 1960s. The cars were created in collaboration with a number of racing legends including Carroll Shelby, Peter Brock and Bob Negstad, and with a top speed in excess of 200 mph it was extremely fast by anyone's standards, then and now. In 1965, the Daytona Coupe went on to become the first and only American car to win the FIA GT World Championship, cementing its legacy in motorsports history. Shelby American has since launched its long-awaited CSX 9000 series Shelby Cobra Daytona Coupe MKII with a number of improvements, upgrades and new features. The new model has been allocated CSX9000 series chassis numbers and comes complete with a Shelby-issued MSO certificate and Chassis tag. This series 9000 Daytona Coupe is the real deal, powered by a fire breathing - fuel injected Roush 427R making over 550 horsepower and 550 lbs of torque with a Tremec T56 6 speed transmission. The fully-independent suspension and purpose-built ride-height work in concert with the adjustable coil-over Bilstein shocks and Wilwood high-performance ventilated disc brakes on all four corners to keep this masterpiece firmly planted on both the street and the track. 18 sand-cast and polished "true knock off" wheels shod with 'sticky' Nitto 'Extreme 555' rubber, 245/40ZRx18" front and 285/40ZRx18" rear. It's outfitted with a manual and thermostatically-controlled electric cooling fans, silver ceramic-coated headers& side pipes. Side pipes are insulated to reduce heat inside the passenger compartment. Paint is absolutely flawless with Gaurdsman Blue body and Wimbledon White racing stripes and roundels. Other factory options include German leather upholstery with special Shelby 9000 lettering, alcantara throughout, power steering, power windows, power locks and high capacity air conditioning. Decals exactly match the number 15 car which competed in nine FIA races (LeMans, Reims, Goodwood Tourist Trophy, Tour de France, Daytona, Sebring, Oulton Park TT, LeMans, Enna), won four FIA events (LeMans '64, Tourist Trophy '64, Daytona '65, Sebring '65) and one event during the Tour de France (Rouen). The car was driven through this period by Dan Gurney, Bob Bondurant, Maurice Trintignant, Bernard de St. Auban, Jo Schlesser, Hal Keck, Jack Sears and Dick Thompson. At LeMans in 1964, drivers Gurney and Bondurant, clocking over 196 miles per hour (315 km/h) on the Mulsanne Straight, took First Place in the GT III Class. This incredible machine also comes with the holy grail of titles. It's registered and titled under Shelby VIN #CSX9136 as a 1964 Shelby Daytona! That's right, no emissions, no inspections, no BS. Furthermore, it is also registered in the Shelby International Registry. Unlike other makes such as Factory Five or even the first generation Superformance Daytona Coupes, this is a real Shelby with a Shelby VIN. The build was completed December of 2015 and if you rather order one, expect to pay top dollar and just know there's at least a 12 month wait from the factory. In closing and as the pictures show, the car is flawless and there will be no disappointments here. Step on the following link to see a fly by: LEtv03qpyTc BJ Motors has an extensive range of superb, low mile exotic and luxury automobiles. Financing is available and trade-in proposals are always welcome. If you like this vehicle and have questions, simply emai, or by calling us 1.800.270.1608 Ext.2, direct 281.351.2000 Ext 6202. You can also schedule an appointment to drop by our location in Tomball, Texas. BJ Motors is a licensed Texas Dealer 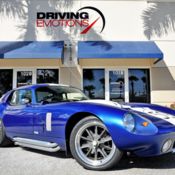 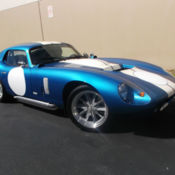 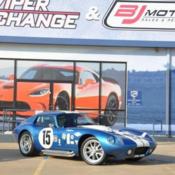 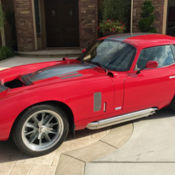 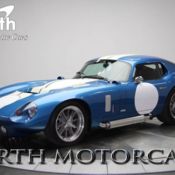 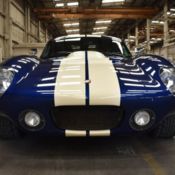 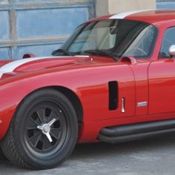 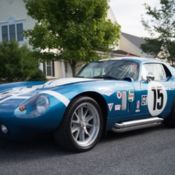 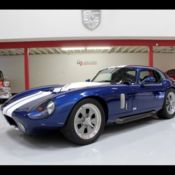 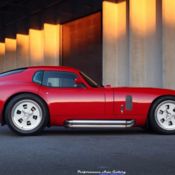