Up for sale is the real deal, a 1968 GT500KR in one of the most sought after color- Acapulco Blue Metallic. There were only 1,053 GT500KR fastbacks produced and very few were delivered in this color combination. This vehicle has been well taken car of through its life. Most of the vehicle still sports the original paint and interior.The period correct 428 Cobra Jet engine fits snugly between the shock towers and was recently rebuilt. The engine has approximately 150 miles on it and runs very well. It has tons of the correct parts, from the cast long style manifolds to the fan clutch and oil filter adapter. The smog system and original style air cleaner have been removed during its life. It runs cool even in the Arizona temperature. The transmission is a 4 speed manual with a new Hurst shifter and recently received a new clutch. The rear end has been rebuilt and correct 3.50 gears installed.The Interior is in very good shape for being mostly original. The front seats have been recovered some time in the vehicles life but the rest of the interior appears to be original from 68. The console has been signed by Carroll Shelby himself. At some point some extra gauges and aftermarket shifter boot had been installed. The Tilt away column was factory equipment and work great as do all the gauges.The exterior is in very good shape considering the age of the paint. There are a few blemishes in the paint and there are signs of the car having vinyl stripes on it at some point in its life, however no Acapulco Blue cars received stripes. All the fiberglass parts appear to be original and have no signs of damage or accidents. The car is extremely solid and no signs of rust or rust repair are evident anywhere. There is some light surface rusting on the floor pan where the paint is flaking off but nothing that would need any attention. The Exhaust system has recently been replaced with a factory style system correct for 1968 GT500KR’sThis is a GT500KR that is rare in so many ways and is a good driver quality condition. The car comes with a deluxe Marti Report. Please feel free to ask any questions. The car can be scheduled to be viewed as necessary. 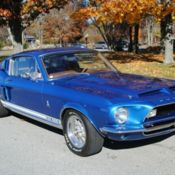 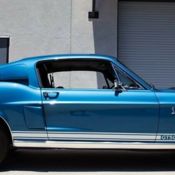 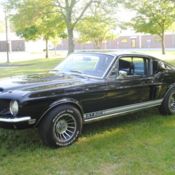 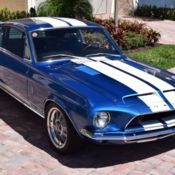 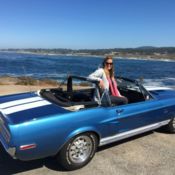 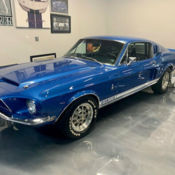 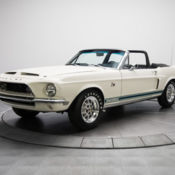 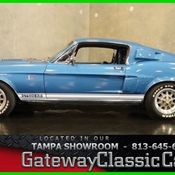 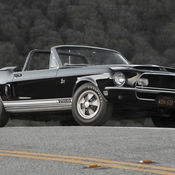 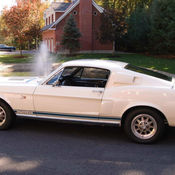