I am the original owner of this Kirkham 427/SC Cobra. I had this car commissioned by Keith Kraft of famed Keith Craft Racing out of Arkansas.
It is titled in Maryland as a 1965 AC motors vehicle. You can see I have the historic tags on it. In Maryland and many states this means exemption from SMOG/Emissions testing!
For those that don't know Keith Craft Racing or Performance engines, this is the shop that built the engine that is in Larry Ellison's (CEO of Oracle) Kirkham Cobra. Famed auto collector Bill Marriott (Marriott Hotels) also owns a Kirkham as do many other discerning car collector and aficionados. Why? Because it is simple the best Cobra that can be purchased and Keith Craft is the single best engine builder to power them!
I have had other Cobras. They were fiberglass bodies and lacked the engineering and fidelity of the originals. I always felt that they came up short of the real Cobra experience. I sought out Kirkham because it is as true to the original as you can get. They hand make their cars in a polish Mig fighter jet factory by hand rolling the aluminum--true craftsman. This is the same reason Caroll Shelby himself sought out Kirkham to build the aluminum bodies for his continuation series cobras. If you are driving a Shelby Aluminum body it is very likely a Kirkham! This vehicle is eligible (As are all Kirkham Cobras) for the entry into the Shelby American Automobile Club Registry.
I equipped the car with Goodyear "BillBoard" style racing tires to complete the authentic look. These tires are pretty sticky, but if you aren't careful, you can still spin them in 3rd gear!
Simply put, these cars are incredible. You can see from the pictures that they are as amazing underneath as they are on top. They are built exactly like the originals on a steel tubular "ladder" style frame. They use a "bird cage" frame to affix the aluminum body to. This is exactly the way they were built originally by SC motors in Europe. SC would build the rollers (just like Kirkham) and ship them over to Shelby and he would do the final assembly and put his Ford motors in them.
This car has never been tracked. It has only ever been driven by me and then stored in a climate controlled garage. I have recently polished and cleaned up the car for sale. It only has ~3900 miles on it!
The car is an absolute BEAST. I have the original engine build sheets and Dyno testing done by Keith Craft that shows the Shelby Aluminum Block FE engine makes over 650HP and 630 foot pounds of torque---all in a car that weighs about 2000 pounds!
It is well equipped with original "Turkey Pan" setup. The details of the build are as follows:
Engine: Shelby427 Aluminum FEShelbyCSX Block. Engine has been Zero Balanced by Keith Craft Performance Engines. EngineStroked to 511 Cubic Inches.
Transmission is Tremec TKO-600 5-Speed with Blow Proof Housing
This car has many options from Kirkham:
Brushed Main StripesStainless Roll BarWheel Well Foam InstalledStainless 30 Gallon Fuel TankWool CarpetAdjustable Driver Seat TracksHalon Fire Suppression SystemBillett Aluminum Cooling TankBillett Aluminum Alternator BracketPolished Stainless Steel Side Pipes/Headers (Stainless Headers get a gold patina once they get hot a few times--you can see that in the pictures. It is normal)Kirkham Billet Aluminum Suspension
I am relocating, so the car is priced to sell. Please contact me with any questions.
DELIVERY IS NOT INCLUDED. I will help you with a covered high-end vehicle transport company if you need one. It cost me about $2000 to have it shipped to Maryland from Arkansas. 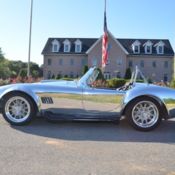 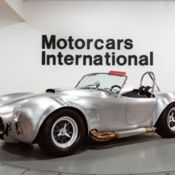 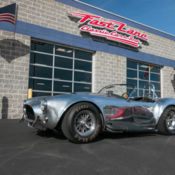 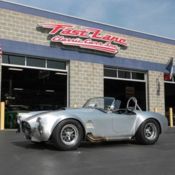 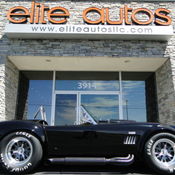 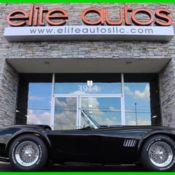 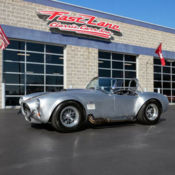 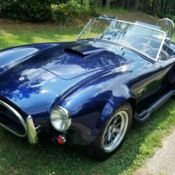 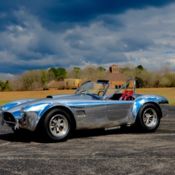 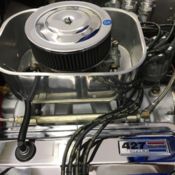