The Saturn S-Series are a family of compact cars from the Saturn automobile company. This was the first series of Saturn vehicles. The automobile platform, the Z-body, was developed entirely in-house at Saturn and shared very little with the rest of the General Motors model line. It implemented a spaceframe design, also seen on some Pontiacs, which meant that the side panels did not carry load and could use plastic pieces instead of metal. These polymer panels were dent-resistant--something that remained a selling point for Saturn until the brand's demise. The S-series was sold from the fall of 1991 through the end of the 2002 model year, with partial redesigns in 1996 & 2000 (sedans) and 1997 & 2001 (coupes).
The S-series debuted with SL ("sedan level") models in 1991 for the 1992 model year, a 2-door sports coupe designated SC joined for the 1992 model year and the SW ("sedan wagon") joined the lineup for 1993.
Taiwan and Japan were the only two Asian countries to import Saturns. From 1992 to 1996, the first- and second-generation sedans plus the first-generation coupes were sold in Taiwan. From 1996 to 2003, the second-generation versions were sold in right-hand drive in Japan, and some Toyota Netz dealerships, and former Isuzu dealerships did offer Saturn products until 2001. The first generation vehicles were not in compliance with Japanese Government regulations concerning exterior dimensions and maximum engine displacement requirements, while the second and third generation sedan and wagon were, however, the coupe was not for all generations.
Canada imported all available Saturn models from 1992 onwards.
A change partway through the 1999 model year gave the SC a small suicide door on the driver's side. This type of door had previously been used in extended cab pickup trucks, but was an innovation in coupe design.[1]
The S-series was replaced by the larger Saturn Ion in 2003, which was unable to match the S-series' sales numbers before the end of its own production at the end of 2007. 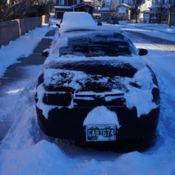 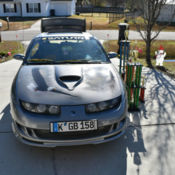 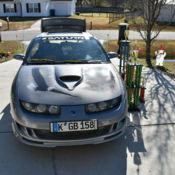 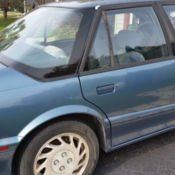 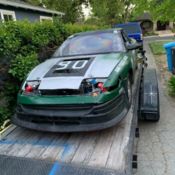 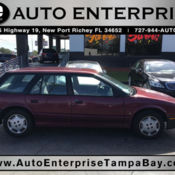 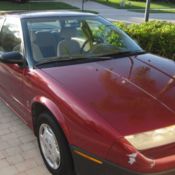 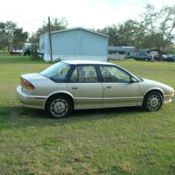 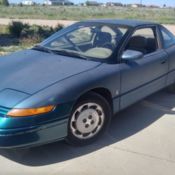 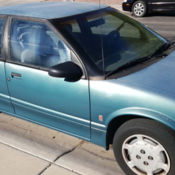