For sale is a solid-running 1988 Saab 900 SPG Turbo with only 110,500 miles.
Overall, this classic Saab is ready for daily driving and looks good, but is not in perfect condition and needs multiple repairs cosmetically and mechanically.
This car just passed California SMOG November 24, 2019.
This SPG was one of 3 Saabs (2001 Viggen, 1978 99 Turbo) I owned when I purchased it which has contributed to the low mileage - it had 66,500 miles when I bought it November 15, 2007. It's currently one of two cars which I trade driving to work which is a 1.5-mile drive each way. It gets out on the country roads and highways on the weekends and is currently running very well.
The exterior is overall in nice condition as seen in the photos (it is a California car and has been garaged most of the time I've had it), however it does have numerous blemishes and light scratches in the paint upon closer inspection. There is damage on the rear bumper, and light crumpling in the driver side rear quarter panel from an accident before I purchased the car. This is shown in the last 2 photos.
The hood is not the original. It was replaced in the past year after the original was damaged from a 900 hence the SAAB on the sides which is not original to the SPG.
Includes a locking, after-market gas cap with 2 keys.
All main electrical works: radio (including antenna extends correctly), equalizer, windows, sunroof, door locks, side mirrors.The battery is just over a year old, made in 6/18 and installed in September 2018.
The interior is the roughest part of the car.
The seats are in pretty good condition with minor wear and a 2-inch part of the seam on the driver's side which is split.
The shifter as shown in the photo has some where but includes the beautiful Griffin logo.
The headliner is completely gone and in need of replacement.
The dashboard is badly cracked and entire front of the dash is missing the trim. This piece is loose and needs to be better secured into its proper place. One of the dashboard lights is out as shown. I recently added the paisley cloth to the door interiors to replace worn-out original cloth. For a buyer interested in changing this, I can show how this can easily be done in about 20 minutes with the fabric of your choice.
The cassette player is not working, but the radio is and has an Aux input.
The rear hatch area is very clean.

The original automatic seat-belts (the annoying ones that stayed on the door and automatically closed on you as you got in) have been replaced with standard seatbelts from a different year-model Saab.

The car has AC but it is in need of repair and not working.Next oil change is due on 12/9/19 or at 112,700 miles.
Tires are due for replacement.
A front wheel bearing will need replacement soon.
Brand new catalytic converter installed 10/18/19.
As indicated this Saab has a SALVAGED title. It had this when I purchased the car in 2007. I had the car thoroughly checked by Saab specialist Walter Wong of Right Solution SAAB in Los Angeles. He gave it a solid review and fixed a number of mechanical items before I picked it up for the drive back to the Bay Area.
Most service has been performed by long-time SAAB mechanics.
I have 2 original Saab keys as shown and an Owner's Manual.

Buyer is responsible for shipping or pick-up from Santa Rosa, California.

Addition on 11/25.I forgot to include there is a chip in the windshield pretty much lined up with the right side of the steering wheel. It's about 3/8 inch and has been repaired but is visible. It's been there for years so not expected to get worse. 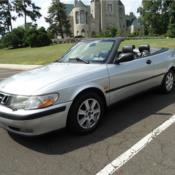 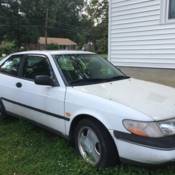 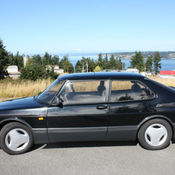 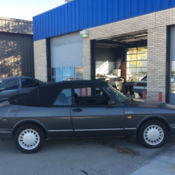 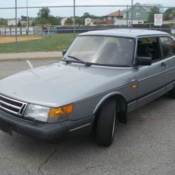 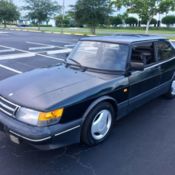 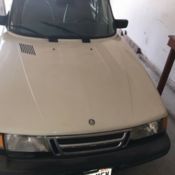 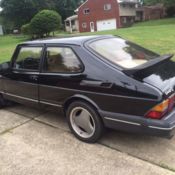 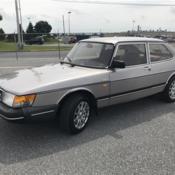 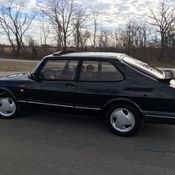