1992 Saab 900 S, Second Owner, Survivor. 185,430 original miles, 4cyl non-turbo 16 valve This car was purchased from the original owner (a close family friend) in Sept 2018. A classic example of "Ran When Parked", the original owner left it in her driveway from 2012 through 2018. Since purchase this car has been been registered and insured and is currently used as a weekend grocery getter/coffee car.
I picked this car up in September on a trailer and once it was home a a new battery was installed and all fluids were changed; after a couple of attempts the car started right up. First fix was a new ignition switch, as both original keys were broken off (one in the ignition and one in the trunk lock). Once up and running and upon further investigation, the starter was producing a "hard start" from stage two surface rust. A new Bosch Starter from eEuroParts fixed the issue and a new alternator was installed next.
In early November each wheel and the brake system was gone through; the driver's rear caliper was frozen (which explained why we had to drag it onto the trailer). A new caliper, rotor, and pads were installed in the back driver's side and pads in the rear passengers. The car comes with a new set of pads and rotor.
After a few trips around town a small coolant leak was discovered at the firewall (Heater Valve Matrix was cracked from dry-rot, resulting in a slow leak under pressure). The dash was removed and a new matrix installed (eEuroParts); The Heater Core was tested and is in good shape, the entire assembly was reinstalled with new insulation. While the dash panel and lower fascia panel was removed I took the time to patch some small rust holes in the lower kick panel behind the drivers door with fiberglass.
While the interior was apart I cleaned each seat with Leather Polish and the blue leather really came back to life. The headliner was removed and new fabric put in place. The carpet was professionally cleaned and I reinstalled. Driver seat has significant damage from repeated use over time. Heated seats work but are not hooked up.
Steering wheel was removed and replaced with a classic racing style wheel (original wheel and airbag come with the car). Connections on the horn are corroding so it currently does not have an active horn but it's an easy fix.
There is little left to do with this car except drive it and have fun. The battery has a small drain on it that I cannot trace but a barrel kill switch was installed in the interim (also acts theft prevention).
You Tube Links of Saab 900 Shttps://www.youtube.com/watch?v=4GwDBSgFDVghttps://www.youtube.com/watch?v=eeUILqkqSuUhttps://www.youtube.com/watch?v=VwLVR9S8WWY
The Good- New Starter, Oct 2018- New Alternator, Nov 2018- New Battery, Sept 2018- New A/S tires, Oct 2018- Rear brake pads, Oct 2018- Driver's rear caliper, rotor, Oct 2018- All fluids flushed and replaced Oct 2018- Service records going back to 1992, including Original window sticker and bill of sale- New Ignition (with two keys)- New Heater Valve Matrix- Drives incredibly well
The Bad- Sat in a driveway for 6+ years, which means the car has scratches and rust- Rust. Read again...there is Rust. Look at the pictures. This is not going to Pebble Beach or Concourse d'Elegance at Greenwich. This is a true example of what a survivor looks like. - Passenger window doesn't come down (I believe the arm mechanism inside the door panel has rusted)- Sunroof works but has tendency to pop off the track (closes properly with no leaks despite track issue)- Passenger wiper arm slightly stripped (set screw or a new wiper arm would fix it)- Trunk has rust (drain plugs in trunk got clogged, trunk fills with water, rots the seam, Rust). - Airbag, disconnected- Horn, disconnected (connections are corroded, replaced steering wheel and did not hook up new horn yet)- Wear &amp; Tear from 27 years of love
The Ugly- It has Rust
Hard to find hardtop non-turbo 3 door Classic 900's these days. This was a passion project for an old family friend who didn't have the time, money, or ability to get it back on the road. I currently have other projects in mind and the "Old Lady" as she lovingly called it, is looking for a new home. 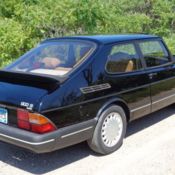 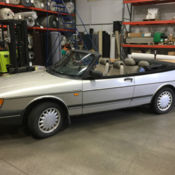 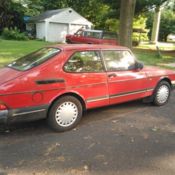 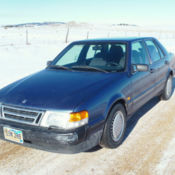 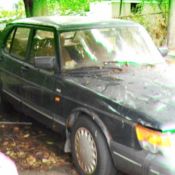 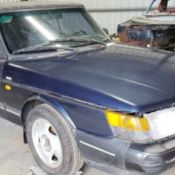 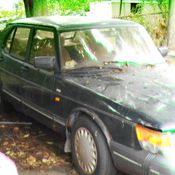 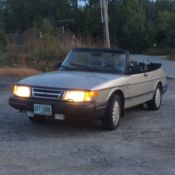 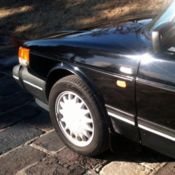 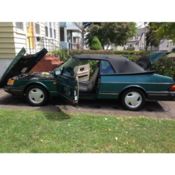