Backgrounds of this model- With the Silver Spur Centenary the production of the 100,000th Rolls-Royce was celebrated together with the centenary of the British Motor Industry. 25 Replicas of this Silver Spur Centenary were made that were exactly similar, with the exception of the commemorative plaque.- 9 Of these 25 cars are delivered to the homemarket Great Britain, 12 to the United States, 1 to Saudi Arabia, 1 to Dubai, 1 to Monaco and 1 to Germany.General characteristics- Finished in Royal Blue with matching interior carpets and Champagne coloured hide,- Monogrammed waistrails.- Inlaid picnic tables.- Commemorative plaque to the inside of the glovebox door.- Unique identification plate on the boot lid.- RHD examples without Everflex roof covering, LHD examples with Everflex.Typically Rolls-Royce in so far as it represented evolution rather than revolution, the Silver Spirit and its ong-wheelbase Silver Spur sibling were based on the preceding Silver Shadow II to which they bore a distinct family resemblance. The Shadow's floorpan was retained and power-train differences were minimal, the newcomers' chief advance over their immediate forebear being the heavily revised and improved type of rear suspension that had first appeared on the company's two-door models. The styling too came in for revision, with a lower waistline, increased glass area and a more-modern angular look; rectangular headlights graced the front of a Rolls-Royce for the first time, and the oft-changed radiator became wider and squatter. Inside, the Crewe firm's exemplary standards of equipment and finish were maintained, the most noticeable change being the adoption of separate rear seats and the reinstatement of folding picnic tables. By now all cars, regardless of final destination, came with a Bosch fuel-injected V8 engine in three-way catalysed 'California' specification capable of meeting all ... Read the full description on our Website at: 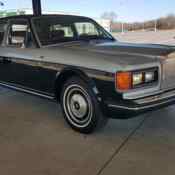 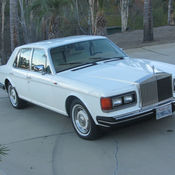 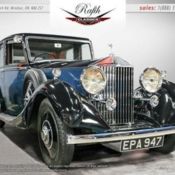 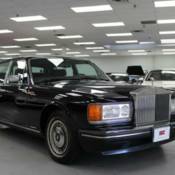 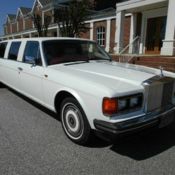 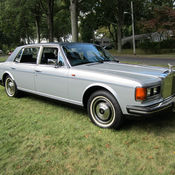 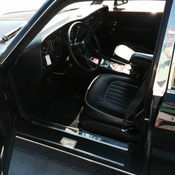 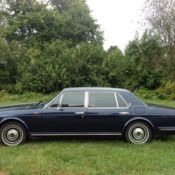 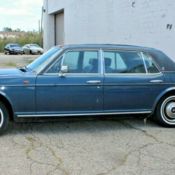 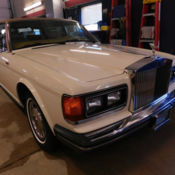