The Silver Cloud III, roduced from late 1962 through October 1965, as the final Rolls-Royce model with separate body-and-chassis construction and the final iteration of the Cloud Series cars. The rare alloy-bodied examples by Mulliner Park Ward remain among the most desirable of all postwar Rolls-Royce models and with just 328 fitted with coach built bodies these Mulliner Park Ward Coupe’s are among the rarest. Only 120 or so Silver Cloud III Coupe’s left the Crewe line and only 20 or so are believed to have been fitted with a sunroof. Its clean and elegant styling carries a particularly rakish profile with attractively angled wheel arches, traight-through fender lines, mooth slab sides and distinctively angled quad headlamps. When new, hese magnificent automobiles carried a sizable price tag of $26,500.

This exceptional 1964 Rolls Royce Silver Cloud III Mulliner Park Ward Coupe left the Crewe production line in May of 1964 and was displayed at the Los Angeles Auto Show for the Rolls Royce/Mulliner stand. The car then sold new to its first owner, oss Bagdasarian, he creator of Alvin and the Chipmunks. He owned the car until his death in 1972 and remained in his family ownership for many more years in Southern California. The car was then sold to a private California collector until 2005 when the car moved to AZ with its 3rd and final owner. The car has undergone a fairly recent tear down and repaint in its original color and a fairly recent re-trim of the interior. All of the leather, arpets, ood and trim have been restored and are in stunning condition. Most of the chrome on the car has been re-plated and most of the rubber items are new including the period BF Goodrich tires. All of the mechanicals have been completely sorted and a fairly recent mechanical restoration has been done. All of the electrical items in the car have been completely re-done and all of the items are in proper working order. All of the turn signals, eadlights, aillights, rake lights, everse lights, nterior lights, ash lights, ver head lights and side marker lights. The Crewe built eight cylinder engine starts right up and runs superbly. It idles silky smooth and does not smoke under start up or acceleration. The transmission shifts through all of the gears properly and the steering, rakes and suspension all feel excellent without any issues. This is an incredibly rare LHD Mulliner Coupe fitted with the rare sunroof. Believed to be less than 20 built, his exceptional Coupe’ comes with excellent provenance, riginal complete tool kit in the trunk and the original jack and spare. 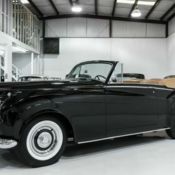 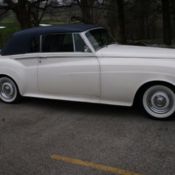 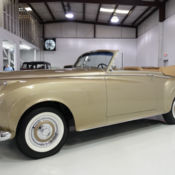 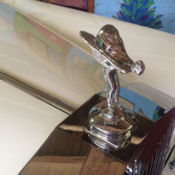 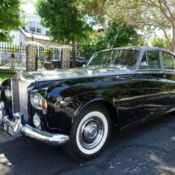 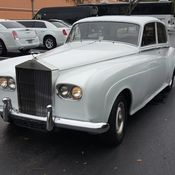 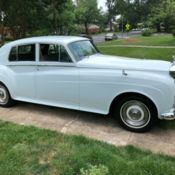 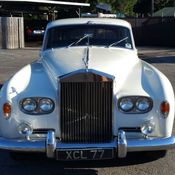 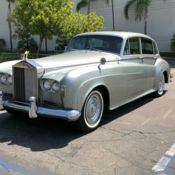 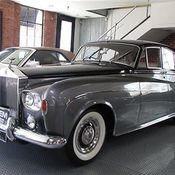