This beautiful Silver Cloud II is fully restored inside and out. It is a Right Hand Drive car. The body has been refurbished in a beautiful bright blue color called hot hues sapphire tranceand the inside has been completely re done in tan leather similiar to the new Phantom interiors. All thework done by Divine One Customs of Las Vegas; All new leather interior, seats and panels, carpet, headliner, and sliding rag top. Completely re finished original wood trim,Paint and bodywork.

It features Automatic Transmission, sunroof, and many more great options of the era. This Rolls looks great, runs great with no probelms or issues found.

This is a true collectors car!

The Silver Cloud II was introduced in 1959. Little changed externally but it now had a 6.2 L V8 engine, which pushed the weight to 2.11 tonnes. Performance was greatly improved and top speed was raised to 183 km/h (114 mph), but the main improvements were in acceleration and torque. Power steering became standard. Electrically operated windows were now available as an option.

Although the improved performance of the new car was welcomed, commentators of the time noted that the V8-engined Silver Cloud II was neither as quiet nor as smooth as the straight-six-cylinder-engined Silver Cloud I, despite the new engine's hydraulic tappet operation.The new wet-linered V8 was also a little cramped in an engine bay intended originally for a narrower unit: in order to change the sparking plugs it was necessary to remove the front wheel on the car's right side.There seems to have been a problem with crankshaft breakages in the earlier V8s: this was blamed on lack of lubrication to the bearings.

The basic architecture of the Silver Cloud II did not change between 1959 and 1963, but there were numerous minor changes implemented, notable among them a succession of improvements to the ventilation system.Interior changes in 1961 included the adoption of blue instrument lighting, the introduction of a combined indicator / headlamp flasher switch and of a handbrake warning light. A remodelled rear light assembly was introduced in May 1962 and a change to single sealed-beam headlamps was made in August 1962.

WE DO REQUIRE A $500 DEPOSIT VIA CREDIT CARD OR CASH IN PERSON WITHIN 24 HOURS AUCTION OR LISTING CLOSE. WE DO NOT ACCEPT PAYPAL. 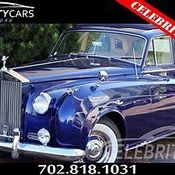 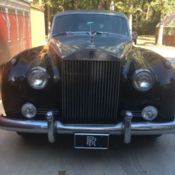 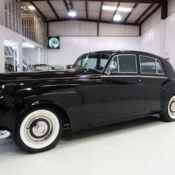 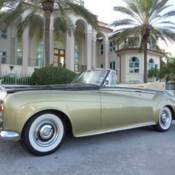 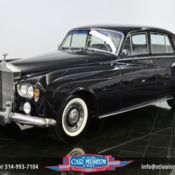 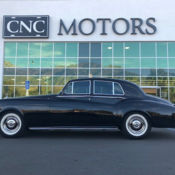 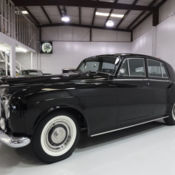 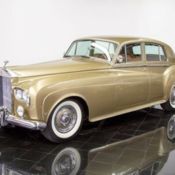 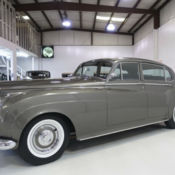 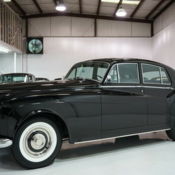