All owner's manuals, tools, jack and tire air compressor inexcellent condition are included. All receipts since I have owned. Driven onlyin summer and garaged with dust cover (included). Nonsmoker (lighter andashtray like new). The convertible top and boot are like new and the rear.window Is clear. Two sets of ignition keys and Porsche wheel lock keys. Sparetire is pristine.

33,218 miles and it shows. The pictures speak forthemselves! A real head turner everywhere you go. Martini Racing Stripes areVinyl and can be removed. Meticulously maintained and taken care of. The car isdetailed to perfection and all the rubber trim, whale tail and bumper guardsare like new and show no wear. The interior including top, visors, dash, doorpanels and rear seats show exceptionally well and the velour carpets are likenew. The paint shows beautifully with very few imperfections. It is easily a 9+out of 10. The tires are new with little wear and the 7 J and 9J turbo rimsstill have the original valve stem supports.

The branded title was not as much an issue with me as thisPorsche was in such great condition. Washington State Patrol can verify thatthe salvage report was due to an insurance theft recovery. The car is laserstraight. The 3.2 engine, hood/turbo tail, wheels and front seats were stolen.I have owned for almost six years and it has always been garaged and onlydriven In the summer months. In addition, the air conditioner is not connected(it's a convertible). The 1986-1989 Porsche air cooled turbo bodied cars,experts agree, were the best ever built as driver's input was direct and pure.I am a mature owner and a PCA member and I am meticulous with my Porsche. Ilooked well over two years before I purchased this Porsche. The condition isoutstanding and the conversion was done to perfection and I am confident thatit will bid accordingly. I welcome inspections. 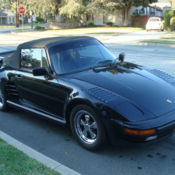 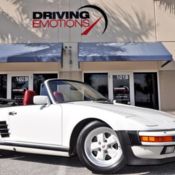 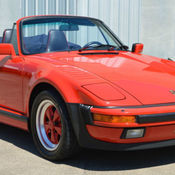 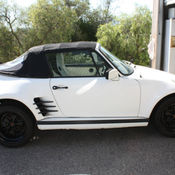 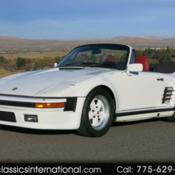 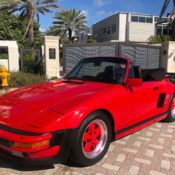 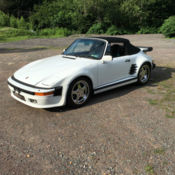 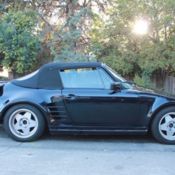 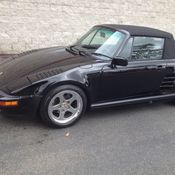 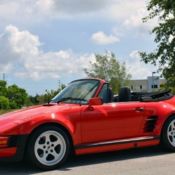