1987 Porsche 930 Turbo CoupeOne of 1,605 Porsche 930s sold in the US in 1987Over 85k in service receipts! 3.3L turbocharged, air-cooled flat six-cylinder engineFour-speed manual transmissionStahl Motorsports completed a $76k mechanical refurbishment in 2013 and 2014Upgraded K27 turbocharger, Nakamichi CD player, custom exhaust system, and performance camsGuards Red exterior and black interiorA/C system was fitted with a new OEM condenser, evaporator, blower motor, receiver/drier, and plumbing.Rack-and-pinion steering and four-wheel disc brakesBlack Fuchs alloy wheelsSunroof and VDO gaugesâ€œTea Trayâ€ rear spoilerIncluded with original steering wheel, factory exhaust system, air pump, and stereo.Looking for a fairly unique classic Porsche 911 variant with a boost? MotoeXotica Classic Cars is pleased to present this amazing and lightning fast Porsche 930 Turbo Coupe!This 1987 Porsche 911 Turbo was sold new in Florida, where it remained until moving to Wisconsin in the mid-1990s. The car returned to Florida in 2001 and received $76k of refurbishment in 2013-2014, including engine and transaxle rebuilds, an air conditioning system overhaul, a new clutch and flywheel, and more. Finished in Guards Red over black, the car was purchased by the previous owner and moved to New Mexico shortly after the refresh. An additional $11k in work was performed from 2015-2016 as outlined by included service invoices.Made in Stuttgart, West Germany in February 1987, this example is one of 1,605 Porsche 930s sold in the United States in 1987. Dressed in Guards Red and the paint and trim are in overall very good condition. The body is straight and solid, the cargo bay is in fine condition and the body-colored bumpers fit tightly to the body and look good. This 930 rolls on Bridgestone Potenza RE-11 radials, size 205/55R16 in front and 245/45R16 in rear. Each tire is mounted to a black Fuchs alloy wheel with silver trim. The wheels and tires are in good overall shape.The turbocharged 3.3L flat-six has been modified with billet, 964 Turbo S-style cams, as well as a K27 turbo bolted to a four-speed manual transmission. Driver convenience features include rack-and-pinion steering, four-wheel disc brakes, a sunroof, functional air conditioning with all new parts and the â€œtea trayâ€ rear spoiler. An aftermarket exhaust was fitted in March 2016, a process which included removal of the engine. New engine mounts and early-style oil lines were also fitted. Inside, the carâ€™s black seats are in great shape while the matching carpet is in good, original shape. The carâ€™s headliner is in very good shape, as is the three-spoke steering wheel. The black dashboard with its VDO gauges and black-and-tan inner door panels are in good, original order. The center console and shift lever look good. The rear window wiper and front fog lights are inoperable. Completing the interior is a Nakamichi AM/FM stereo with CD player. Forged 16â€³ Fuchs wheels are staggered in width and feature black centers. Bridgestone Potenza RE-11 tires are from 2013 and measure 205/55 up front and 245/45 out back. The braking system features four-piston calipers all around, as well as cross-drilled and vented rotors.Included records indicate that new carpets were installed in 2013, and that the A/C system was also fitted with a new condenser, evaporator, blower motor, receiver/drier, and plumbing. Power-adjustable seats are upholstered in black, and red and black Coco mats protect the front footwells. Equipment includes a power sunroof, power windows and mirrors, and a Nakamichi CD stereo.An aftermarket three-spoke steering wheel has been added, though the original stock unit is included in the sale. VDO instrumentation includes a 7k-rpm tachometer with an inset boost-pressure gauge, as well as a 170-mph speedometer and an analog clock. The six-digit odometer shows over 76k miles.The Porsche 930 was the maker's top-of-the-range 911 model for its entire production duration and, at the time of its introduction, was the fastest production car available in Germany. Porsche made its first and most significant changes to the 930 in 1978, enlarging the engine bore by 0.08 inches to a total displacement of 3.3L and adding an air-to-air intercooler. By cooling the pressurized air charge, the intercooler helped increase power output. The rear spoiler was re-profiled and raised slightly to make room for the intercooler and was now infamously called the â€œtea trayâ€ spoiler by the enthusiasts. The suspension benefitted from new anti-roll bars, firmer shock absorbers and larger diameter rear torsion bars. Porsche also upgraded the brakes to units similar to those used on the 917 race car. While the increase in displacement and addition of an intercooler increased power output and torque, these changes also increased the weight of the vehicle, especially the engine, which contributed to a substantial change in the carâ€™s handling and character compared to the earlier 3.0L models.The 930 remained available in Europe and for 1983, a performance option became available on a build-to-order basis from Porsche. With the add-on came a quad-pipe exhaust system and an additional oil-cooler requiring a remodeled front spoiler and units bearing the add-on often featured additional ventilation holes in the rear fenders and modified rockers.By the 1985 model year, 928 sales had risen slightly, but the question remained as to whether it would supersede the 911 as the company's premier model. Porsche reintroduced the 930 to the Japanese and U.S. markets in 1986 with an emission-controlled engine. At the same time, Porsche introduced targa and cabriolet variants, which proved popular.Competition to this Porsche in 1987 included Chevroletâ€™s Corvette, Ferrariâ€™s Mondial 3.2, Mazdaâ€™s RX-7 Turbo, Mercedes-Benzâ€™s 560 SL, Nissanâ€™s 300ZX Turbo and Toyotaâ€™s Supra Turbo.If you want a seldom-seen Porsche 911 variant with turbo boost that is still beloved more than 30 years later, you should stop by MotoeXotica Classic Cars today to check out this Porsche 930 for yourself. VIN: WP0JB093XHS050979This car is currently located at our facility in St. Louis, Missouri. Current mileage on the odometer shows 76,211 miles. It is sold as is, where is, on a clean and clear, mileage exempt New Mexico title. GET OUT AND DRIVE!!!Note: Please see full terms and conditions listed below that pertain to the purchase of any said vehicle, thank you. 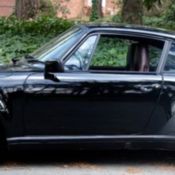 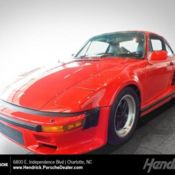 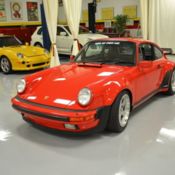 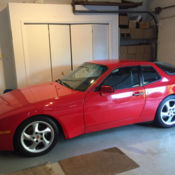 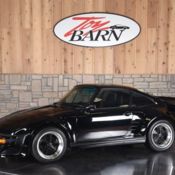 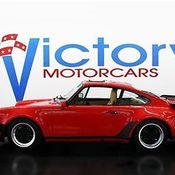 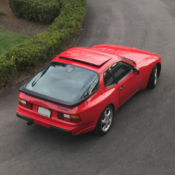 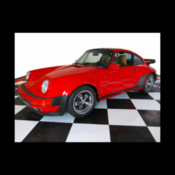 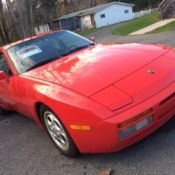 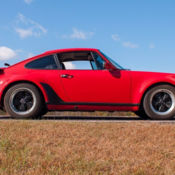