The winner will receive a 1985 Porsche 944 sports car in good running condition with a few cosmetic dents. The car has been owned by the second owner, seller, since 1989. It was purchased with 23,000 miles. The car has been garage kept and covered, please see attached photos.

The car has no rust, is all original except for maintenance items. The car has been kept in California, indoors and always covered when not in use.

Automatic sunroof is functional and in good shape. The sunroof panel itself may be manually removed if desired.

Due to being stored indoors, there are no cracks in dashboard.

There are also no cracks in leather seats, with only minimal wear on the driver seat.

An after-market front-end bra was used most of the time, this prevented the paint in front from rocks and chips.

Trunk area has a retractable rear compartment cover, which is still functional.

The wheels are Carrera 911 style.

There are several improvements available in this model.

During the 1989 earthquake, a wooden headboard fell against the back right quarter panel, which left a dent. It was not that bad and was never repaired.

Around 2010, the Porsche collided with a car that stopped very suddenly. There were no injuries and it was not reported to the local Police Department. The front-end of the car was damaged as seen in the photos. The damage was not repaired. The bumper took most of the impact and has no damage. The headlight area was dented, but the headlights open and close normally.

The on/off switch is inoperable on the original Blaupunkt radio.

The heater is inoperable; it is believed to be a bad fuse. Air conditioning works fine.

Glove box retainers are broken such that the lid does not stop at the horizontal position when open; it swings down.

The mechanical odometer shows 93,167. About 2013, the odometer stopped functioning. The wheel inside the device appears to have broken.

Very sparsely driven during the past ten years, and no longer used for commute since 2010. Mileage is estimated to have been about 2,500 between 2015 and 2019. After 2015, the mileage was approximately 300 miles per year. At this point we estimate the total mileage on the car to be about 104,367.

On September 30th, 2019, the car passed the smog test. During the carâ€™s history, the car always passed smog checks. The only exception to passing smog was once in 12/03 when the distributor cap and rotor needed to be changed. After replacing these, the smog check passed.

The current smog check is valid until September 30, 2021.

Car registration was renewed with California DMV and all fees paid around September 2019.

Good shape thanks to over-engineering by Porsche; very little replaced aside from maintenance items. The car is all original for the most part.

On August 2nd 2018, a new battery purchased from Batteries and Bulbs, brand Duracell group, was installed by owner.

On November 3rd, 2011, new front tires were purchased and installed by Pacific Tire. Tires were rebalanced. Previous front tires were moved to the back wheels. Camshaft timing belt and balance shaft belt were inspected by Dominic Auto. These were still in good condition and did not need to be replaced.

On February 8th, 2008, the owner observed that the Odometer was no longer increasing.

On August 1st, 2007, the timing belt, including the balance shaft belt, were changed by Stevens Creek Porsche. After 1,500 miles, these were adjusted.

On May 18th, 1999, new front brakes, turn signal, and passenger side door window switch were replaced.

On February 21, 1997, the water pump, antifreeze, thermostat, camshaft timing belt, balance shaft belt, and a worn tensioner and roller were replaced by the Porsche dealership for $987.40.

On June 6th, 1994 a new battery, and spark plugs were installed.

On March 14th, 1992, the three radiator hoses and the fluid were replaced.

The owner's Haynes automotive repair manual is included with the sale.

Records and history are available upon request.

Car is in as-is condition by owner, with no warranty. 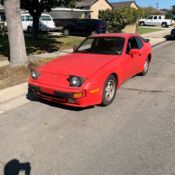 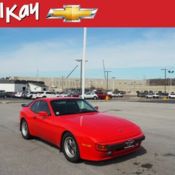 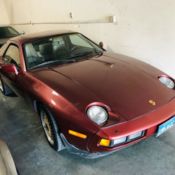 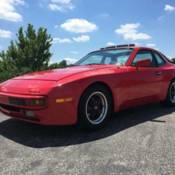 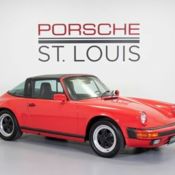 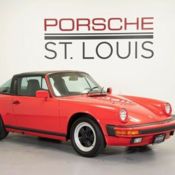 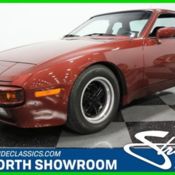 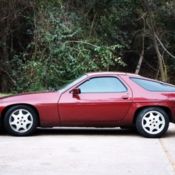 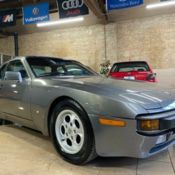 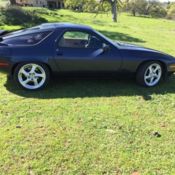