1994 Porsche 911 Speedster
Low Production *Based on the 964 Platform *Air Cooled *Well maintained with great history. Finished in tone of the Best Colors. Paul McCartney famously replied that you "You can't reheat a soufflÃƒÂ©" when asked if he thought Beatles would be getting back together. Building an update to Porsche's 356 Speedster might be a valid comparison. Porsche, of course, did successfully reissue a Speedster in 1989 and in 1994 they did it again. The 1994 Porsche based on the 964, Porsche's 1991 update of the classic 911. The modernized 964 series featured flush bumpers and improved aerodynamics. A new electric rear spoiler was added that rose at speeds above 50 mph. ABS and power-assisted steering were standard This 1994 Porsche 964 Speedster in Grand Prix White with Grey & Black leather interior and Black soft top.
This has just over 21k miles with clean Carfax
First owners,had the car until 2010
Nicely optioned with Limited Slip Diff
Factory Sports Bucket Seats
Air Conditioning
Superb body with perfect panel fit.
Very good original paint
All stickers in place including option code sticker under the hood.
Like new rear lenses and reflector bar will be fitted.
Excellent Black interior
Excellent soft top just fitted
Mechanically superb and a delight to drive 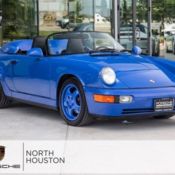 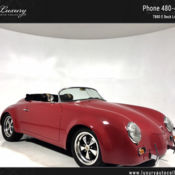 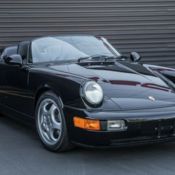 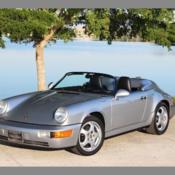 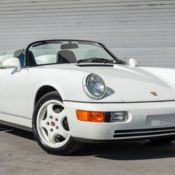 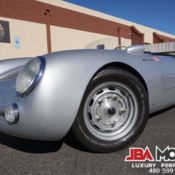 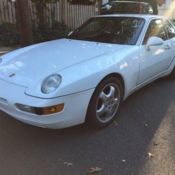 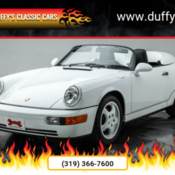 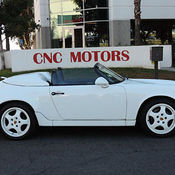 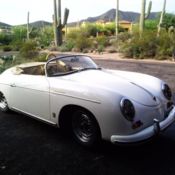