I bought this car from a friend of mine in August 2018. He has had the car since about 2000. He purchased the car with some damage to the front fenders and hood (see last photo). It also was without the engine and trans.My friend had the front repaired and installed a performance engine and trans that the had from his uncle. The car was also modified by him with the 1973 fiberglass RSR engine lid and RS style interior that included lap belts. He decided that he did not drive the car very muck in the last 18 years so he asked if I had an interest in the car. I bought the car and drove it about 1500 miles on a four day road trip. After that it was time for the engine and trans to be removed for one of my other 911 projects ( since it was not the original 1981 SC engine and trans anyway). So now I am selling the car.The tires were purchased on 3/24/16 and only have a few thousand miles on them. At the same time the wheels were restored by Kwicksilver by Wheel Pros and cost $665.00. Both the front and rear wheels are 7 x 16 with 225/50 16 Bridgestone Potenza RE 11 on the front and 245/45 16 on the rear. The car also has a weltmiester sway bar on the front.Other non stock items include a 180 MPH speedometer and a red oil PSI indicator light in place of the clock. I think the top was restored at one time. It looks good but is about 1/2 inch too high over the door windows. The passenger door fits a little off too. I think that it was moved when the front was repaired. it also had a complete repaint over the original at that time. Paint is nice for a driver. All the breaks are good and were just inspected an flushed before road trip.Car comes with rear axles and rear sway bar. What it does not have is the lamda box that should be under the passenger seat. The harness is there. Also does not have the spark box, fuel filter and fuel accumulator. These items were remuved to fit the performance engine. I have over 100 photos that can be sent on request.Thanks for looking and good luck bidding. 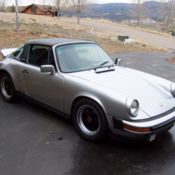 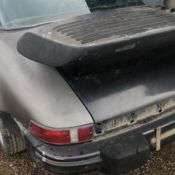 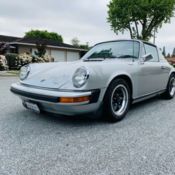 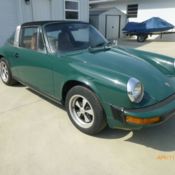 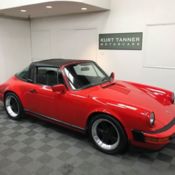 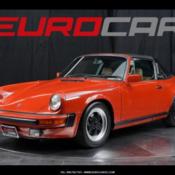 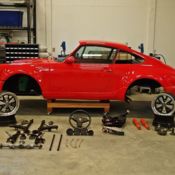 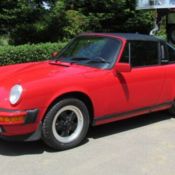 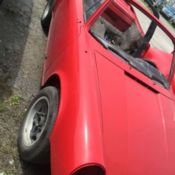 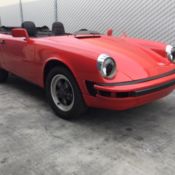