1972 Porsche 911 T 2.4L Light Yellow Full Nut & Bolt Restoration Concourse Quality
RMC Miami now offering the best 911 T on the market right now.This particular model was imported from Japan where the recent nut and bolt restoration took place. The Photos below speak for themselves.From the engine bay to the floor boards the entiretyof the car is so clean it could easily be put into any concours display.
Exterior wise and interior wise the car is mint, there is nothing needed to be done. The light yellow paint is flawless and looks stunning from every angle.The seats look fantastic sporting rare optioned Porsche crest seat belts. The carpeting is all brand new and underneath the carpets the floors are inamazing condition. Sit in the driver seat and taking a look around you feel like your in 1972, the headliner the dashboard everything is like new.
The 911 T (Touring) has a 2.4-litre engine across the range for 1972. This Car is fueled by Zenith 40 T1N carburetors, and the 2.4s were first to receive the new 915 five-speed gearbox.Wind up windows and iconic sunroof delete make this super cool vintage car that much more desirable.However, it's for the notorious 'Oil Flap' that the '72 cars will be remembered. For just one year of production in 1972, in an attempt to move as much weight as possible towards the center of the car, the oil tank was re positionedinboard of the right rear wheel arch, resulting in the introduction of an external oil filler cap on the right-hand side rear wing behind a flap ('Oel Klappe'). The propensity for petrol station attendants to fill the oil tank with fuel, and the resulting warranty claims, quickly persuaded Porsche to change the design and 1972 'Oel Klappe' cars became difficult to sell, possibly resulting in their comparative scarcity today. As is often the case, that rarity has resulted in the 'Oel Klappe' cars now being the most desirable.
Early 911s possess a certain purity of line, particularly in lighter colors, a complete world away from the aerodynamic extravagances of the eighties and nineties, and in terms of style, it's the early cars that engender the most appreciative glances. A well set-up and maintained 911 T, driven with an intelligent right foot will provide some of the most quintessentially rewarding driving experiences you have ever had, and even the 130 bhp 911T, will leave you with a serious grin.
Appears to be original motor and transmission within correct number ranges. Engine number is 6522564 / Transmission number is 7328015
See below Video of the carhttps://youtu.be/c3Fi1A-_7A4
SERIOUS INQUIRIES CALL 786-377-4331 EDDIEOR BERNARD 305-443-7626
Follow us on Instagram for live updates! @rmcmiami
Can Ship (Insured) Anywhere Worldwide if Needed.
Located in Miami, Florida 33126
Financing Available with Approved Credit
Trades Always Welcomed (UP or DOWN) 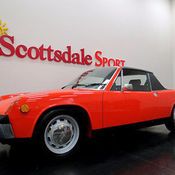 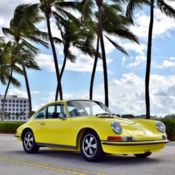 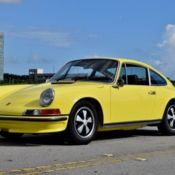 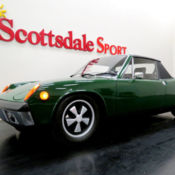 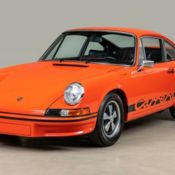 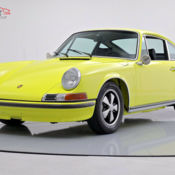 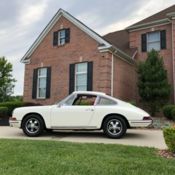 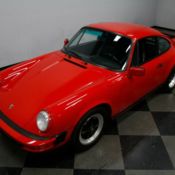 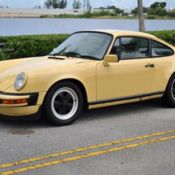 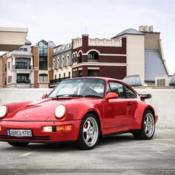 100% Original Paint - Concours Quality -1 of only 288 made for the U.S market
Similar cars