A unique opportunity to own a VERY original low mileage Porsche 911 targa with NO DAMAGE HISTORY. Very few of these cars remain and even fewer in the condition of this one! This 911 is Carfax Certified and MotorGroup Verified for a stress free purchase. We offer financing and worldwide delivery. Call Artie at 561-721-3134x7 or text/call 516-816-8700 or 954-646-7447, r visit MotorGroup.com for more information. History of the 1984–1989 Porsche 911 The 3.2-liter 1984 Porsche 911 Carrera debuted hot on the heels of a very successful run of 911SC models, uilt from 1978 to 1983. The Carrera—priced at $32,000—shared most of its visual cues with its immediate predecessor, ut benefitted from added power and performance, s well as other evolutionary updates. The cars came as they had when the SC bowed out—in coupe, pen Cabriolet, nd the in-between Targa body styles. The chief upgrade in the Carrera was the larger 3.2-liter flat six engine, hich looked much like that of the 3.0 it replaced but was built chiefly of all-new parts. One crucial change was an improved timing chain tensioner, hich had been an issue on previous models. Also new was Bosch Motronic fuel injection, hich replaced the K-Jetronic system of yore. The engine produced 200 horsepower and came mated to a Getrag five-speed manual transmission. This was enough to propel the Carrera from 0 to 60 mph in about 5.5 seconds. Standard goodies included leather upholstery, ir conditioning, ower windows, sunroof, nd 15-inch alloys, hile cruise control, 6-inch wheels, nd an AM/FM/cassette stereo were popular options. For those who wanted to appear faster than they actually were, Turbo Look appearance package was available on coupes, hich provided the large whale tail and wider rear wheelwells, ut not the actual turbocharger. Changes were few for 1985, hough the Turbo Look package now carried over to Cabriolets and Targas. Big news came in 1986, hen Porsche reintroduced the 911 Turbo (or 930, f you like) following a long absence. The cars cost $48,000, nd it used its 282 hp to hair-raising effect. Minor changes crept into the standard Carrera, ncluding lowered front seats to increase head room. Power output increased in 1987, p to 214 hp, ith an added bump in torque as well, rom 185 to 195 ft-lb. The clutch was upgraded from mechanical to hydraulic operation, nd the old Getrag five-speed was replaced with a much better Getrag G50 unit with improved synchromesh. The popular and somewhat controversial (among purists, nyhow) slant nose option was available on Turbos and Carreras alike, or more than $20,000 over the Turbo's MSRP. Porsche celebrated the 250,000th 911 built in 1988 with a Commemorative Edition, hich featured Diamond Blue Metallic paint with matching wheels and a silver-blue interior. A Club Sport option also came out for the coupes, hich stripped the cars of many creature comforts, hile adding upgraded suspension components, ront and rear spoilers, port seats, nd a slightly revised engine. Only a handful were made. Porsche also marked the model's silver birthday with a 25th Anniversary Special Edition in 1989 that was limited to just 500 examples -- 300 coupes and 200 Cabriolets. The cars were available in either Satin Black Metallic or Silver Metallic paint. Porsche reimagined the venerable 911 further for 1989, nd the look that had carried it for a decade got a smoothing over, n addition to a higher degree of technical sophistication. But not before the mid-1980s Carrera had played its evolutionary part in the 911 story. 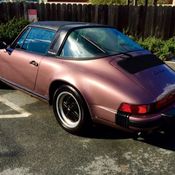 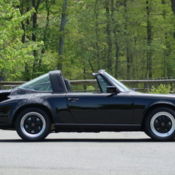 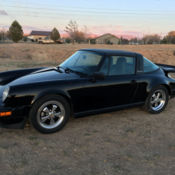 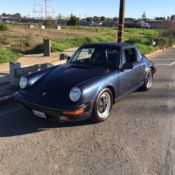 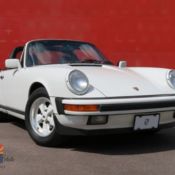 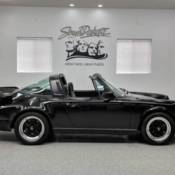 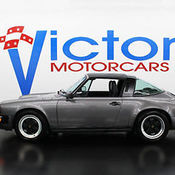 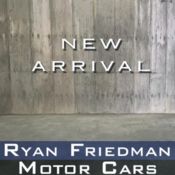 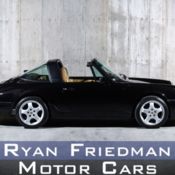 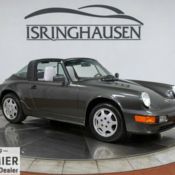