Porsche long nose 911 collectors take note – we have a sound, mostly original California 911T that is finished in correct ivory exterior over black interior for you to check out here at MotoeXotica Classic Cars. We are very pleased to present this 1973 Porsche 911T, complete with its original numbers matching flat six that has recently benefitted from an upgrade to a fresh set of PMO 40mm carburetors! This Porsche just sounds and looks so amazing!

Dressed in factory correct Light Ivory (code 11) this car’s paint and trim are in overall very good condition, with a few blemishes visible upon close inspection. The 911’s windows are clear and intact and there’s defroster grid for the rear window. The car’s lights, including the Hella headlights, are in decent order, however the right rear taillight lens is cracked. This car rolls on 195/65R15 radial tires surrounding Fuchs aluminum alloy wheels. Tires and wheels are again, in very good shape overall with a few minor wheel blemishes visible upon close inspection.

This 911’s original bodywork is straight, it has its original floorpans, which is sound and dry, its original bumpers fit well to the body and the engine bay is tidy. Its forward “trunk” is in very good order and includes a full-sized spare tire.

Under the hood in back is a numbers matching, rebuilt 2.4L flat six-cylinder engine (#6131434) with dual PMO 40mm carburetors which was an option of $3,500 from the previous owner in 2016 along with $4,500 in other service work. The 911 is mated to a correct Type 915 five-speed manual transmission. Nineteen seventy-three marked the final year for the 2.4L engine.

Inside, the car’s correct to the COA black leatherette (code 11) interior is in overall good order. The front buckets and small rear seat are in very good shape, while the black carpeting looks good, as does the headliner. The original, four-spoke steering wheel is present and in very good order and this is a factory radio-delete model.

With the power and torque increases, the 2.4-litre cars also got a newer, stronger transmission, identified by its Porsche type number 915. Derived from the transmission in the Porsche 908 race car, the 915 did away with the 901 transmission’s “dog-leg” style first gear arrangement, opting for a traditional “H” shift pattern with first gear up to the left, second gear underneath first, etc. The E series had the unusual oil filler behind the right side door, with the dry sump oil tank relocated from behind the right rear wheel to the front of it in an attempt to move the center of gravity slightly forward for better handling. An extra oil filler/inspection flap was located on the rear wing, for this reason it became known as an “Oil Klapper,” “Ölklappe” or “Vierte Tür (fourth door).”

This car is currently located at our facility in St. Louis, Missouri. Current mileage on the odometer shows 70,922 miles. It is sold as is, where is, on a clean and clear, mileage exempt title. GET OUT AND DRIVE!!! 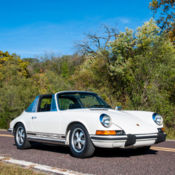 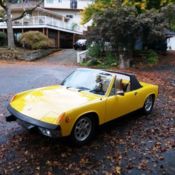 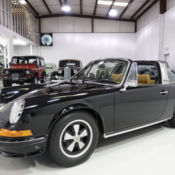 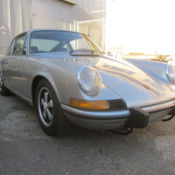 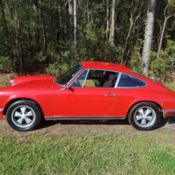 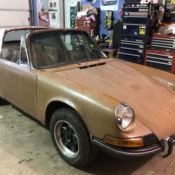 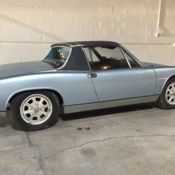 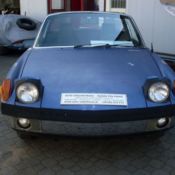 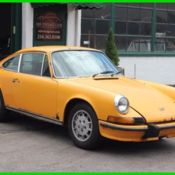 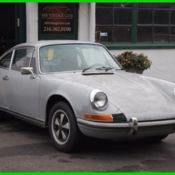