1973 Porsche 911 1973 Carrera RS VIN9113600595_______ConditionUsedMileage65,000EngineH6 2.7LFuel TypeGasolineTransmissionManualDrivetrainRear Wheel DriveExterior ColorWhiteInterior ColorBlackInterior FabricClothStock Number91173RS 1973 Porsche 911 Carrera RSVIN: 9113600595Porsche is always at its best when met with a racing challenge. The immensely collectable 73 Carrera RS is the result of such a challenge. Built as a response to Ferrari’s 365 GTB Daytona Competizione, Porsche created the light, nimble, and quick RennSport 2.7. Of course the new race car needed to be homologated for FIA Group 4 racing to take on (and ultimately defeat) the big Ferrari. According to the rules Porsche needed to build 500 road cars to meet the requirements. In 1972-73 a special production run of 500 cars handily accomplished the task. The car was so popular that two addition runs of 500 were made to fulfill demand for this street legal racecar. This car is from the beginning of the second run.This Grand Prix White M472 Touring model was first registered on March 2nd 1973 by Roland Kistler of Switzerland. He would compete in local slaloms and competitions with the car until he sold it in July of 1981 to another Swiss gentleman, Arno Flach, with 107,615 km. Flach recalled having seen the car at the Porsche dealership 8 years earlier before Kistler picked up the car, and actually took a picture of it, which is included with the sale. Flach would also take the car out for a bit of competition from time to time, including a first place at the Automobil-Slalom Altenrhein in 1982. The RS would move on to another Swiss owner in 1986 with 145,000 km on the clock, and then shortly after it made its way to its first British owner in 1987.Jim Ablett was an accountant at Cognos Limited in England, and he also fancied a bit of auto racing. In April of 1987 he first registered the car in the UK, and by July he was racing. From July 1987 to October 1989 he would enter the RS in almost 70 different events, including the Pirelli Porsche Club GB Championship, the Pirelli Autofarm Modified Porsche Championship, the 750 MC Racing Championship, and the Gordon Russell Intermarque Championship. The car would be managed by Porsche racer Neil Bainbridge, and Bainbridge and Canadian Jacques Robichon would occasionally co-drive with Ablett. All of his efforts with the RS are documented in 5 binders full of race results, programs, pit passes, and newspaper/magazine clippings. In June of 1990 the RS was for sale at Dick Lovett Limited in Swindon, and on June 14thSimon White of Cheltenham put a £1000 deposit down on the car. He would end up owning the car for the next 16 years. During that time he would work at bringing the car back to use as a street car, spending vast amounts at Jaz Porsche, Legends, and Mech Repairs doing extensive mechanical and interior refurbishments, including a £8000 engine rebuild in 2001 and a new transmission in 2003. During his ownership the RS would be photographed byRobert de la Rive Box for use in his book, “Darf es ein Ferrari sein? Bugatti, Ferrari, Mercedes…” and would also be on the cover of ClassicCars magazine in May of 2006.In November of 2006 the car would change hands briefly to Timothy Underwood also of Cheltenham. He would own the car for less than a year before the cars last owner, Anthony Lucas of Bristol, would purchase it in October of 2007. In January of 2008 he would have Autofarm of Weston-on-the-Green do a major mechanical service on the car, which would be follow by Lucas’s participation in the Pomeroy Trophy the following month. Over the next few years he would have BS Motorsports Ltd do extensive work on the car including a full engine, transmission and LSD rebuilt. An interesting note is that BS Motorsports is owned by Neil Bainbridge, the Porsche expert that took care of the car during Ablett’s racing days in the late ‘80s. At a dyno test in 2010 the car was putting out 216 hp @ 6450 rpm and 192 ft/lbs of torque @ 5260 rpm. Lucas would continue to use the car for touring purposes, including a trip to the Monoco Grand Prix in 2010.Porsche options:Electric WindowsHeated Rear WindowHeadrests L&RSports Seats L&RSold as Is. No Address: 14800 SW 136th St.Miami, FL 33196View Map Phone(786) 732-0718 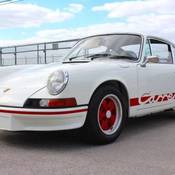 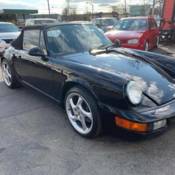 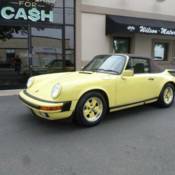 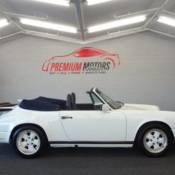 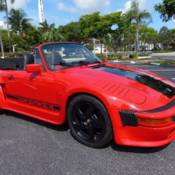 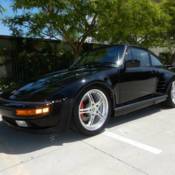 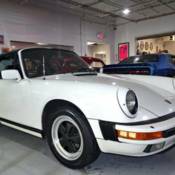 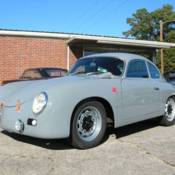 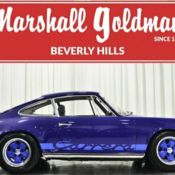 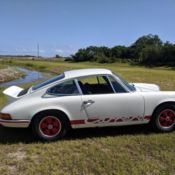