When the Carrera hit the streets in 1984, t did everything better than its predecessor, he SC. In 1985, orsche continued the evolution of the breed, aking this 1985 Porsche 911 Carrera the fastest naturally-aspirated Porsche you could buy. Today, ith 911 values skyrocketing, nd this M491 factory widebody turbo-look Porsche represents something of a smart investment that still delivers thrilling performance that made the 911 an icon.The factory didn't build many widebody 911s, ostly because it was astronomically expensive even in Porsche terms. However, f you're going to own an '80s Carrera, ou may as well get the full setup, hich gives you the look of the legendary Turbo with a bit more user-friendly nature. This black coupe looks great blasting down the highway at supra-legal speeds, nd it's a testament to the original build quality that the original paint still looks so good. Of course, here are a few signs of use, ut having been in the same owner's hands since 1991, ou know that it's been treated like something special. The body-colored bumpers, whale tail" spoiler, eeper chin spoiler, nd other tweaks give it the Turbo look without the Turbo price tag and maintenance headaches, nd for anyone who has loved cars, here has been a moment when something like this 911 was the ultimate dream car. Things like the black window surrounds and trim are in good condition and not baked by the sun and this is one of only a handful of cars that can pull off tinted windows without looking like it has something to hide.The black leather interior is original and now that it's 30 years old, ou can see that some things never change at Porsche. The buckets are deeply sculpted and power-actuated, ith their leather surfaces showing light wear commensurate with its age and mileage. There are some very minor comfort marks on the leather, ut no major splits or tears, o condition them and carry on, nd the rear seats look to be almost completely unused over the decades. The familiar 4-spoke Porsche steering wheel is almost as iconic as the whale tail spoiler and all the big, ound gauges are laid out sensibly, ith the tach front and center. Things like factory A/C (fully functional, hank you very much), ower windows, nd a decent AM/FM/CD stereo (original Blaupunkt included!) make this a car you can drive regularly without complaints. There's a sunroof overhead and this car was built long before Porsche even thought of introducing an automatic transmission, o there are five gears that fall right to hand thanks to new bushings in the shifter linkage. Up front, he trunk compartment is neatly tailored with no signs of trouble underneath.The Carrera got an extra 200 cc displacement thanks to a longer stroke, or a total of 3.2 liters and a nice, ound 200 horsepower. With only about 2700 pounds to lug around and with all the weight over the rear wheels, cceleration is far more impressive than the numbers would suggest and the joy of an early 911 is that you can use more of its performance without getting in over your head. And despite being incredibly modification-friendly, his boxer is almost totally stock, o maintenance and reliability are uncompromised. The transmission shifts with that typical 911 precision and the floor-hinged pedals invite you to dance. The burly six roars through a great-sounding exhaust system and the suspension is supple enough to use daily if that's your choice, ut still competent enough for track days. 16-inch Fuchs alloys are in great shape and carry 205/55/16 front and 255/50/16 rear performance radials.Complete with maintenance records and the original tool roll, his is a high-quality, ow ownership, ry climate car that's in the right condition to enjoy while it appreciates. Call today! 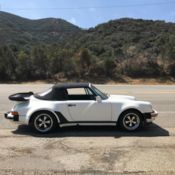 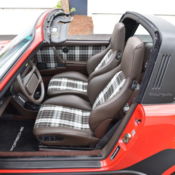 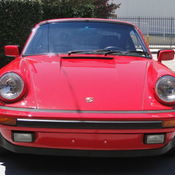 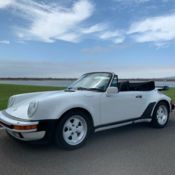 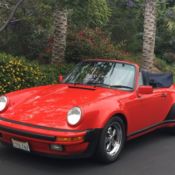 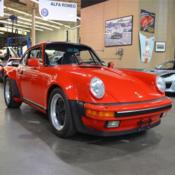 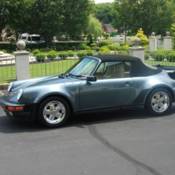 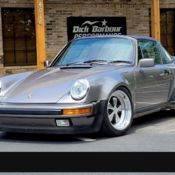 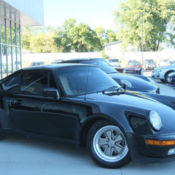 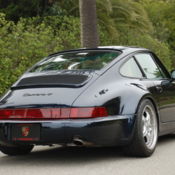