1989 Pontiac Firebird TURBO Trans AM 20th Anniversary Pace Car. 1 of only 1,323 T-Top & Leather Interior cars built. This example is loaded with options and has ONLY 9460 miles. Comes with it's window sticker, dealer brochure, Pontiac owners manual, Firebird Supplement owners manual, warranty assistance manual, advertisement photograph and TA themed clothing sales literature. 1989 was the biggest year for Pontiac with respect to press coverage, promotions, and performance. It was not well known at the time, but in 1989, Pontiac produced the quickest and fastest American production car. The "Excitement Division" was also asked to provide a car to pace the 73rd running of the Indianapolis 500 sadly, it would be the final time a Pontiac would ever receive that honor. The Trans Am model was now 20 years old, and it was time for another anniversary edition, with this special 20th Anniversary Trans Am to be based on the existing Trans Am GTA. Through a unique partnership between Pontiac and an engineering firm called Prototype Automotive Services (PAS), the Trans Am GTA was equipped with a more powerful version of the turbocharged Buick 3.8L V6, originally developed for the Buick Regal Grand National, and the Turbo Trans Am (TTA) became the vehicle Pontiac supplied to pace the Indianapolis 500. Ultimately, 1,555 TTA replicas, rated at 250 hp, were produced for sale, five of those being test cars. But after Car and Driver magazine tested the car, logging a 0â€“60 mph run in 4.6 seconds, a standing quarter-mile in 13.4 seconds at 101 mph, and a top speed of 153 MPH, they called the 250 hp rating "exceedingly modest," estimating the actual output to be "closer to 300 hp." They also subsequently reported that it was the "quickest 0â€“60 sprinter available in any US production-car showroom â€“ at any price." The Car and Driver evaluation produced the best acceleration performance of any mainstream publication to test a regular TTA press car from the Pontiac fleet, partly because Car and Driver realized that the turbo boost must be "preloaded" to get maximum performance figures. But short-distance sprinting was not all this car could do well. Early in 1989, Motor Trend ran their top speed test article Flat-out Fastest American Cars II-the Sequel." During this test, the TTA did 162 mph, and was the fastest production car evaluated in the test. However, Motor Trend declared the winner to be a 1989 Corvette ZR-1, which went much faster, but was not a production car (it was a prototype that Chevrolet intended to release for production in 1989, but did not come out until 1990). So by a slight technicality, the TTA could be called the flat-out quickest (0â€“60 4.6 sec.) and fastest (162 mph) American production car in 1989. When PAS installed a ZF 6-speed manual transmission into one of their modified High Output test cars (featuring different axle gearing, a modified engine with upgraded pistons and head gaskets which was tuned for much higher boost than stock, and running on 100-octane racing fuel), they were able to reach 181 mph. Perhaps more importantly than the performance tests provided by the industry magazines was the fact that these cars were capable of much faster acceleration times â€“ with minimal modifications. In fact, with $300 in new parts installed, 12.5-second quarter-mile runs were achievable â€“ without manually shifting gears or the need to trailer the vehicle to the track! Because of this, the TTA has gained a cult following among amateur racing enthusiasts. (Validate entire description for accuracy before bidding/purchasing) 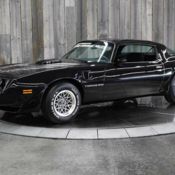 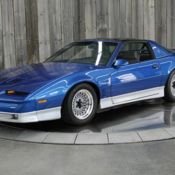 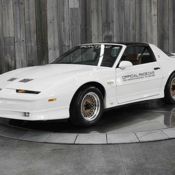 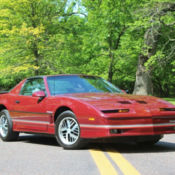 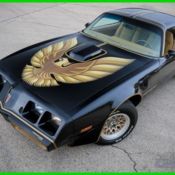 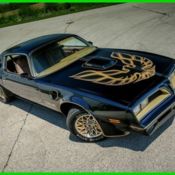 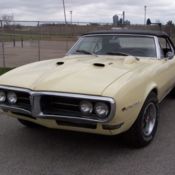 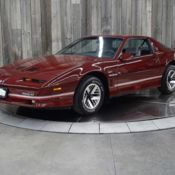 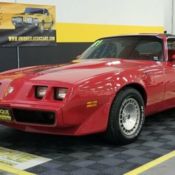 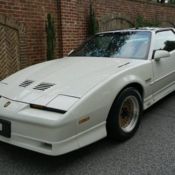