I am selling my 1965 Pontiac GTO tribute car that has been built as a restomod protouring machine. Modern muscle car performance with classic muscle car looks. Turnkey condition allows for all day driving with the reliability of modern day fuel injection and electronic transmission. From the LS3 engine to the Dakota Digital Dash, itâ€™s all high quality equipment with over $60,000 in the build.

The build started with a 1965 Pontiac LeMans which was stripped and professionally painted Blue Mist Slate. The build was completed in 2016. A GTO hood and grills were installed to complete the tribute. Smooth firewall for a clean look under the hood. Like new vinyl top from OPGI. Paint and body are beautiful with minor imperfections from occasional cruising and car show attendance. The underside is just as clean. The wheels and tires are in brand new condition with 18â€ in the front and 20â€ in the rear, gray centers with polished lip for the perfect stance and aggressive look.

The 6.2 liter 425 horsepower LS3 swap came from a 2010 Camaro SS. Only Mobil 1 and premium 93 octane used. The car has a heavy duty 4L80E automatic overdrive transmission. Itâ€™s a drive-by-wire setup and the pedal assembly was replaced with a new unit to work with it. The stand alone ECU and fuse panel that are used to control the modern drivetrain are hidden in the glove box complete with OBDII diagnostic plug just like a new car. Dual electric fans that are controlled by the ECU and accompany a cooling system that keeps the car cool for stress free driving. The fuel system was modified to work with the electronic fuel injection and is good for up to 600HP. Custom stainless steel exhaust system from the headers to the tailpipes, complete with X-pipe. Shocks, springs, sway bars, control arms, tie rods and ball joints were replaced during the build. Brand new power disc brakes all around (front & rear) including drilled and slotted rotors. Like new stainless steel brake lines and power booster, calipers, etc. 10-bolt Posi rear with 3.23 gears for great fuel economy and power steering for all day effortless cruising.

The interior is super clean with a replaced headliner, door panels, and arm rests with carbon fiber accent. Interior sound deadening insulation was applied under the new carpeting. It has the original shift console with the shifter linkage that was modified to work with the electronic transmission. Looks original but works like a new car. The dash is a top of the line DAKOTA DIGITAL DASH that works as designed with all gauges working properly including digital oil pressure and coolant temp. Wipers, heat, and defrost are functional. Headlights with high beams work flawlessly. The tail lights with incorporated turn signals and reverse lights work perfectly and are LED for another modern touch. A SONY head unit with custom kick panels sporting 6â€ speakers, 6x9â€™s in the rear deck, and two 12â€ subwoofers are hidden behind the seats along with two KENWOOD amplifiers. The stereo also has Bluetooth and cellphone connectivity. The trunk was replaced and is in new condition.

Overall itâ€™s a fabulous vehicle that draws attention whether at a car show or out cruising. A great modern example of the car that started the muscle car era. I have placed a RESERVE auction due to the quality of the build but bid with confidence as it is a low reserve for a restomod. 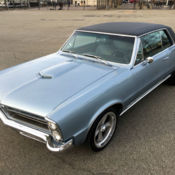 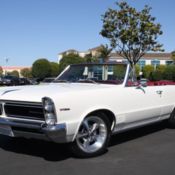 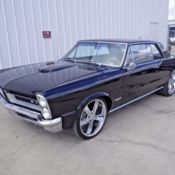 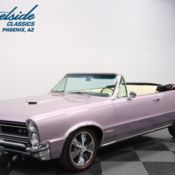 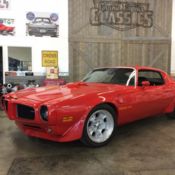 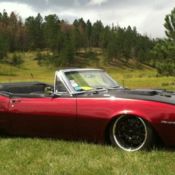 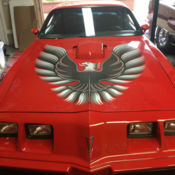 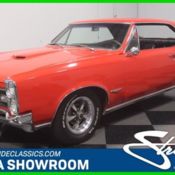 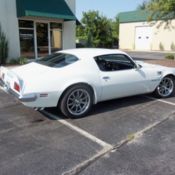 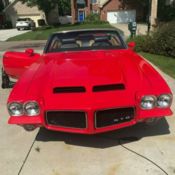