1977 Pontiac Trans Am Special Edition PHS Documented
One of 3,760 built out of total production of 68,744 built in 1977
Engine:W72 T/A 6.6 400 220 HP400 4 barrel with automatic transmission.
Body:OptionCode:Y82 Special EditionBlack and Gold Edition car with T-Tops and Snowflake reflecting wheels (RPO YJ8)
History of Vehicle:Car has been parked since 1992. Has 91 window sticker. Last titled by previous owner in 2007 with 89,793 miles. I have been after this car for many years, but the owner would not sell the car to me until last year due to health reasons and age. Needless to say I was excited to finally get this car. I had a Trans Am in high school, but always wanted the black and gold t-top car that I saw in the Smokey and the Bandit movie. The car was parked in a barn-like garage with car covers over the top for years. I was able to pull the car out of the garage so it could see daylight again.I had the car PHS documented to confirm for myself that it is a real "Bandit' car. It has the original black and gold trim and the gothic style lettering on shaker and spoiler. Gold steering wheel, dash trim, grilles, which all gave me indication that it was the real deal, see PHS doc in picture.Due to college expenses I am unable to restore this car like it deserves to be restored. I have perfect, original, and rust free power doors for car.
Condition of Vehicle: The vehicle has sat for many years and has typical rust on doors and quarter panels. The hood has rust on sides and is weak. The car has great bones unlike most T/As. The rear lower valance is in great, as are the subframes and rocker panels. The rear floors have some rust holes but the car has great potential and anyone who knows these cars, especially the SE edition, this car is well worth what I am asking. This car has original engine and trans, which is locked up from sitting for so many years. Tilt wheel, HURST factory T-Tops, AC, Power brakes, and Gold sport wheel. 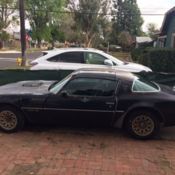 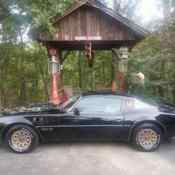 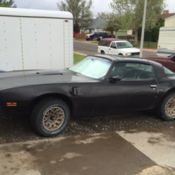 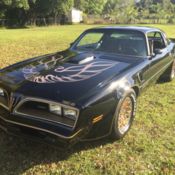 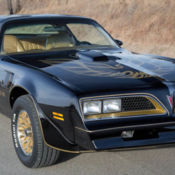 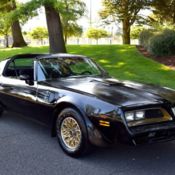 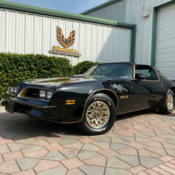 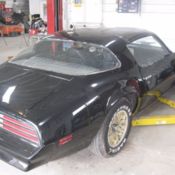 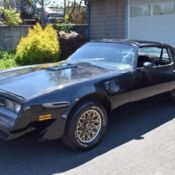 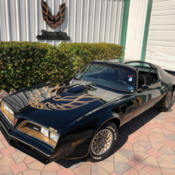