GR Auto Gallery is pleased to present this breathtaking 1965 Pontiac Bonneville. This head turning vehicle comes in a stunning sand paint job complimented by a clean beige interior. Powering this iconic vehicle is believed to be the numbers matching 389 cubic inch V8 motor mated to a smooth shifting automatic transmission. Features of this vehicle include power brakes, power steering, working heat, A/C and much more. Additionally, this Bonneville has been with the same family since new and appears... to be in excellent condition. Overall this Bonneville is a wonderful find for a Pontiac purest or anyone who appreciates the gorgeous styling of the 60s. For more information please contact us today. Pontiac's top-of-the-line full-size model was named the Bonneville and as did the Star Chief of the day, this vehicle was given the blessing to host the more powerful engine under the hood, the 389-cid V8. Included in this wonderfully powerful ride was a 4-barrel carburetor from the factory which pushed its horsepower to 235 which was 20 more than any other Pontiac of that time. The other added benefit of jumping up for this gem was that unlike the Star Chief, this vehicle offered more than just the 4-door sedan or hardtop, it also gave you the choice of the 2-door hardtop or even a 2-door convertible choice. These models came with all the strong horizontal lines and simplistic bodywork that became so popular in the 1960's which gave it that handsome, businesslike styling with all the power and handling you could hope for. When the Hydramatic automatic transmission was added to same basic engine it could yield up to 348 horsepower from different variants of the 389-cid engine opposed to the performance engines giving you plenty of pep even in the baseline power plant. 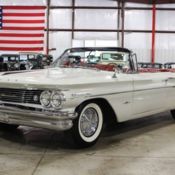 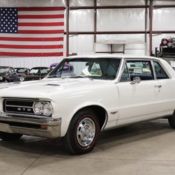 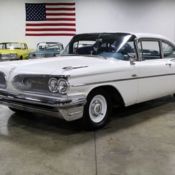 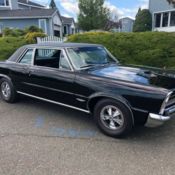 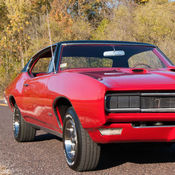 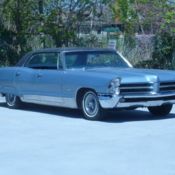 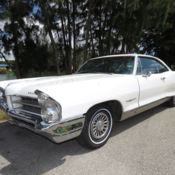 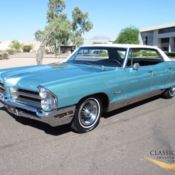 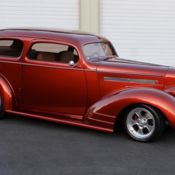 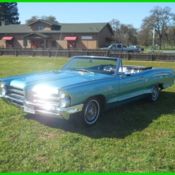