Welcome to StreetDreamsTexas as we celebrate our 20th year in the classic and muscle car business. Although Pontiac sold fewer than 700 Trans Ams in its first year, by the time its 10th Anniversary Limited Edition Trans Am rolled out the car was a tremendous success. So Pontiac loaded these cars with all of the standard Trans Am features, plus a host of special appearance and performance extras as regular equipment. Since this was an all-inclusive deal, the 10th Anniversary... Trans Am was considered a separate model rather than an option package. The standard goodies included a 6.6 litre engine, larger-than-normal "super bird" hood decal, a front air dam with bolder styling, special cast aluminum turbo-air-flow wheel rims with finned perimeter openings and a complete complement of convenience features including air conditioning, power windows, power door locks, an electronically tuned digital display AM/FM stereo radio with seek-and-scan feature and 8-track tape player, Rally gauges with tachometer, a special leather-wrapped tilt steering wheel, and cruise control. The unique interior trimmings featured silver leather bucket seats, silver door panel trim, and exclusive instrument lighting similar to that used in aircraft cockpits. Now for the good part. Of the 5683 10th Anniversary cars that had automatic transmissions such as this one, how many do you suppose have fewer than the 4114 miles that this car has? This is a car that would compliment any collection or serve as a comfortable cruiser for attending car shows. Documents include original purchase order, pre-delivery inspection, and a copy of the window sticker. Street Dreams ) is a full service dealership that can assist with worldwide delivery, insurance, and financing options. 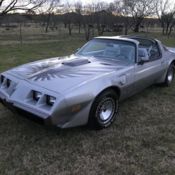 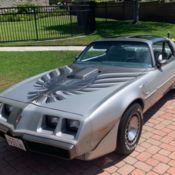 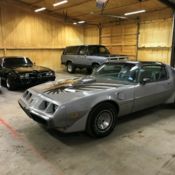 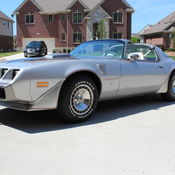 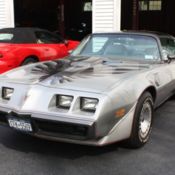 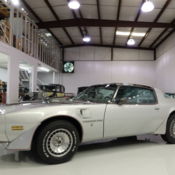 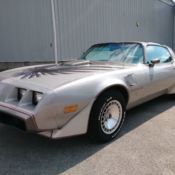 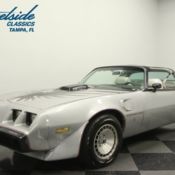 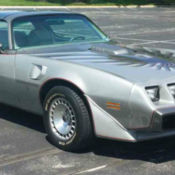 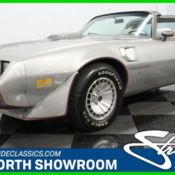