1992 Pontiac Firebird Formula with 5.7 liter engine and factory t tops.All the desirable/performance rpos are present:WS6; B2L; CC1; G80; J65; KC4; and N10. Recent repaint over a rust free, dent free, no accident car.Black cloth interior is in excellent condition, absolutely no wear on driver bolster and it appears as though the passenger and back seats have never even been sat in.Car runs and drives excellent with no known issues and no known leaks.Car is fast, for it’s time, and shifts hard with a nice little chirp into second gear if you are so inclined.Still retains the two cat exhaust system and the right rear tailpipe was done incorrectly and hangs down too low.(Visible in the pictures.)I am the second owner of the vehicle and tend to be very picky about my cars, so here is what I can tell you, good and bad.Could use t tops, the tops on the car are glass type (original tops were acrylic) and they are scratched and there is a large “circle” on the interior of the driver side top, not visible from the outside, only from the inside.The wheels are good driver quality and have new tires on them.Muffler and tail pipes should be replaced to get the tailpipes positioned where they belong, doesn’t absolutely need to be done, it is just a cosmetic thing because the right tailpipe hangs too low.(The installer prior to my ownership didn’t locate the right tailpipe in the channel between the gas tank and the spare tire well, instead they ran it under the spare tire well and that causes it to hang too low and bounce every now and again and strike the spare tire well.)Underside is very clean, floors are solid, very, very minimal surface rust is present on some components. The rubber bushings throughout the suspension could be replaced at some future point, again, no issues other than a little clunk every now and again.Radio works, not sure about the cd player, never tried it, however some buttons are cracked as visible in the photo…this is the rare factory U1A radio that the car was equipped with from the factory.Do NOT let my honest, straightforward statements regarding what I’ve described as “issues” overly concern you….this car is ready to cruise now and gets many compliments every time I take it out.These third generation Firebirds are becoming all the rage, and examples this nice, rare and desirable are very few and far between.Inspections prior to the end of the auction are welcomed.Indeed, if you are the successful high bidder and you come and inspect the car and decide to pass, not a problem, however, if you ship the car and never personally view it, it is all yours.

If numbers are your thing, here are a few:In 1992 a total of 367 Firebird Formulas received the 5.7 engine; of those 204 had t tops; of those 54 had the U1A radio; and of those, 15 were black, so this car is one of those 15 cars….you likely will never see another one like it, so it could be considered “rare”…if that is your thing.

Car is sold "as is" and is located in Will County, Illinois which is to be considered the only proper venue should a dispute arise. 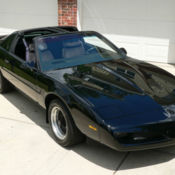 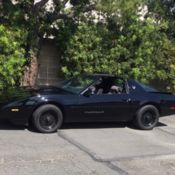 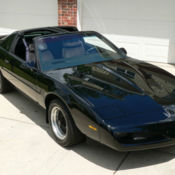 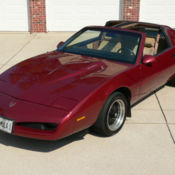 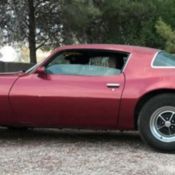 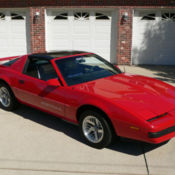 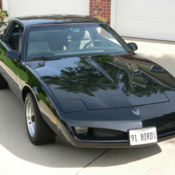 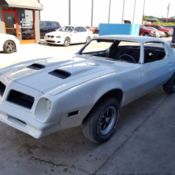 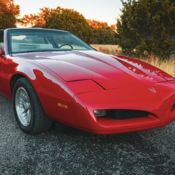 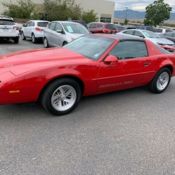