1969 Pontiac Firebird Convertible. ORIGINAL STARLIGHT BLACK with black top & interior. Car was painted red in the early 80s. Options on the historical paperwork includ, 350 H, Air Conditionin, Power Steerin, 4 Spee, Consol, Positraction rear end ( 3.55 ratio , Gauges with cloc, AM radi, Custom hubcaps with White line tire, Standard interio, Manual to, Manual drum brakes, Manual windows & Seats. ENGINE NUMBERS MATC, TRANSMISSION MATCHE, REAR END MAY BE A WARRANTY REPLACEMEN, BUT CLOSE YEAR WISE. FRONT REAR AND TRUNK FLOORS ARE ORIGINAL AND RUST FREE ! When the was painted in the early 80s the rear lower quarters were repaired and show some evidence of work but the quarters are original. The car has an original 400 hood. When I purchased the car 10 years ago I replaced suspension bushing, rear axle bearings and shocks. Those items are still serviceable, but could stand to be updated again especially the shocks. The Firebird is very origina, including the interior and carpets. I have installed a period correct Dixco tack that is bolted under the dash to an existing mount hole. It matches the speedometer. The car also has the original loop cooler for the P/Steering that is mandated with a 3.55 or lower rear en, all four " Cocktail Shaker " dampner, under body Convertible brac, all A/C radiator shroudin, all gauges work . Work done in the last month by me includes ' New high torque starte, Delco spark plugs and wire set and a new Delco Battery. Car runs and drives goo, top is old but seals well. When I bought the car the A/C compressor and brackets were not installed on the ca, but all other A/C components are still installed. I have the compressor and brackets I received with the car. I bought and installed an original deluxe wheel and found a near nos set of custom hubcaps. I also have the an original matching # carburetor with the ca, but i'm Using an olds 350 HO carb on the car. There are hail dings in the stainless trim that has been there since I purchased the car. I ALSO HAVE 4 ORIGINAL 69 PONTIAC BROCHURE, NUMEROUS BOOKS AND MAGAZINES AND AN UNBUILT 69 FIREBIRD PALMER PLASTICS CONVERTIBLE PLASTIC MODEL THAT WILL GO WITH THE CAR I intended to paint the car black and have the dings repaired at that tim, but my plans have changed.IF YOU KNOW FIREBIRDS THIS IS A VERY RARE CAR.THERE WERE OVER 80,000 FIREBIRDS MADE IN 196, OF THOSE ABOUT 11,000 WERE CONVERTIBLES . THERE WERE ONLY 2300 350HO COUPES AND CONVERTIBLES PRODUCED. OF THE 2300 LIKELY ONLY 300 OR 400 WERE CONVERTIBLES. IT IS NOT KNOWN HOW MANY TRIPLE BLACK 350H, 4SPEE, AC CONVERTIBLES WERE MADE, BUT LIKELY VERY RARE ! If someone ' BUYS IT NOW FOR $28,000 ! I WILL INCLUDE A SET OF 4 RALLY WHEELS WITH CAPS AND TRIM RINGS PICTURED. THANKS TO EVERYONE FOR LOOKING. I WILL BE HAPPY TO SHOW THE CAR BY APPOINTMENT AND ANSWER ANY AND ALL QUESTIONS. 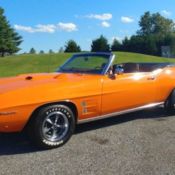 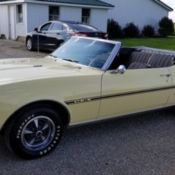 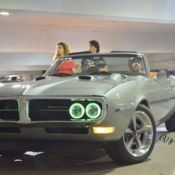 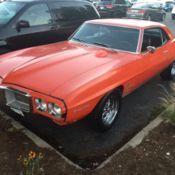 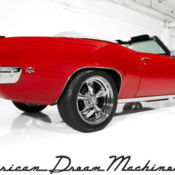 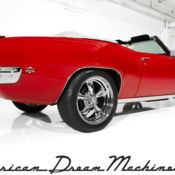 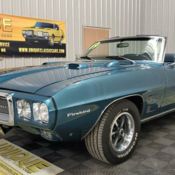 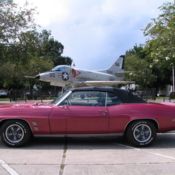 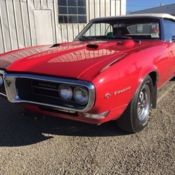 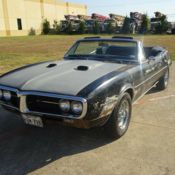